Whenever we are in the woods we are part of a story that is unfolding all around us; heated territorial disputes between songbirds, crows preparing to mob a lone raptor or nervous squirrels tracking an early morning fox as it stalks the woodland floor. This is the language of the woods and the knowledge of only a few phrases will ensure a successful woodland stalk for the hunter.

One of the most easily recognisable forms of animal communication is the distress call. For those seeking to close the distance on wildlife for sustenance, photography or sheer joy, the alarm signal is a crucial indicator of how disturbed the area is, what wildlife may be about and how long the area could take to settle. All of these initial alarms share similar characteristics that make them distinct from the sounds used in social or territorial communication and once you have learned to recognise them, you will probably start hearing them everywhere. They are often brash, high pitched and are normally delivered in short, aggressive and unstructured bursts.

One of the most reassuring sounds for woodland creatures is the soft cooing of roosting wood pigeon.

The following sounds are some of the most common alarm calls to be heard in broadleaf British woodland and within many northern, temperate forests during woodland stalking. 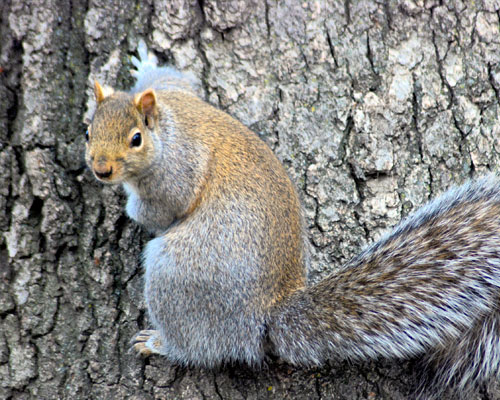 The Grey Squirrel : The Kuk

“Look out! A predator is near!”

The kuk is a short, bark like call normally delivered staccato fashion in rapid groups and serves as a general alarm with two distinct purposes; firstly, to alert other squirrels that there is a dangerous predator nearby and secondly to let that predator know it has been spotted and that it is wasting its energy through continued pursuit. For the hunter, it means that you have been detected. However, provided that you sit silent and still, they will normally resume their activity in anything from two to twenty minutes.

The Grey Squirrel : The Quaa

“I can still see the predator but it looks like it is leaving.”

The quaa is essentially a longer kuk with the sound sitting somewhere in between a wet kiss and a disgruntled meow. For the hunter the quaa means that whatever you are doing (or not doing) is working and that you will soon be trying to keep your sights steady on the kill zone.

The Grey Squirrel : The Moan

“I think the predator has gone but I am being loud to let it know that I have seen it and that I am not coming down.”

Unlike the kuk and the quaa this call has a less intense, mournful quality. It is often used alone in response to aerial threats but has also been shown to signal a further reduction in the alert level. For the impatient hunter, this is generally a good sound and unless there is a raptor overhead, it means that the area will very soon be returning to normal activity. 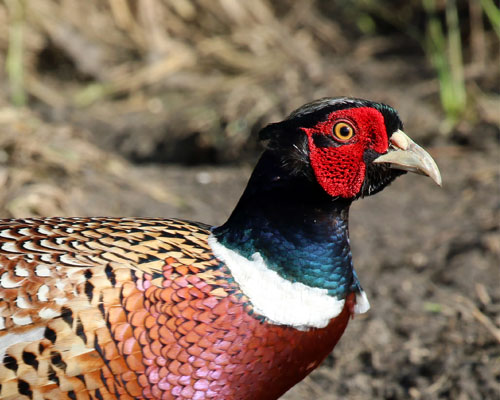 Cock pheasants are noisy birds even when browsing but their startled crow and spluttering flight alarm (1) will make everything within earshot sit up and pay attention. If you move slowly and pause often then you can often pass them without registering as a threat. Well worth it, especially when stalking deer. The distinctive male territorial crowing call (2) (normally accompanied by the loud ruffling of feathers) is a good indicator that the bird is relaxed and that you’re not causing it much disturbance.

If you struggle to move through woodland without putting a cock pheasant on edge then you probably need to slow down. They are not easily spooked and are a good animal on which to hone your basic stalking skills.

If there was an award for the bird with the greatest sound to size ratio then the blackbird would definitely be a contender. Its attractive song belies an impressive vocal ability that is all too evident in the piercing volleys of razor edged chirps heard as it leads you away from its shrub level nest. They are breeding now so expect plenty of activity. 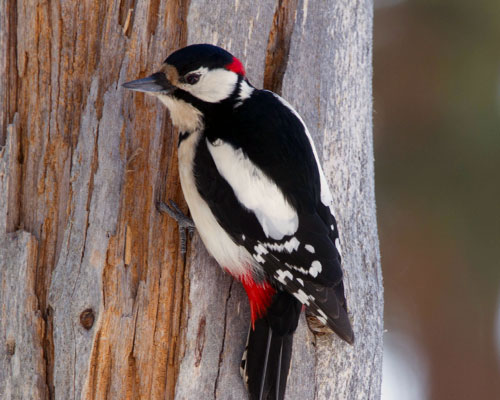 As the live and work well above the shrub layer, woodpeckers (both Green and Great Spotted) are less likely to be worried by your passage than songbirds. However, it is interesting to be aware of the alarm calls of both species as they can provide a window into how your progress is being viewed from above. Both deliver single, high pitched pips that increase in frequency with the proximity of the threat. 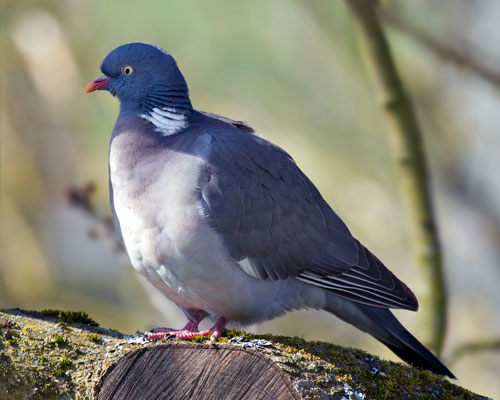 If you are quiet and well concealed then after about 20 minutes or less, you will begin to hear the trees and shrubs come back to life as squirrels and songbirds return to their daily routine. One of the most reassuring sounds for woodland creatures is the soft cooing of roosting wood pigeon. As many readers will know, these birds are easily disturbed and if they are off guard then the rest of the woods will be too.

Deep listening is one of human kind’s oldest skills and it is well worth re-discovery. In the city, tuning in to anything other than your headphones is a burden but in the woods it’s a window to a new sensory world. Good luck out there. Charlie.