Autumn in the Grand Tetons 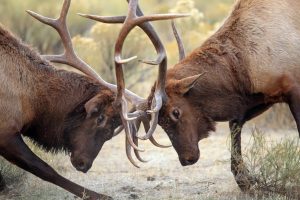 Truth is, if you love nature there is no bad time to go to the Grand Tetons. Winter, Spring and Summer are all spectacular seasons in this iconic mountain range in North-West Wyoming, and the best time to go is whenever you can.

But there is something about Autumn in the Grand Tetons that surpasses all the other seasons. Certainly the fall colors are a part of it, but there are other more subtle reasons to grab your binoculars and head to Wyoming.

For one thing, the animals in Grand Teton National Park (GTNP) and the surrounding national forests are all incredibly active in the Fall.

Bears, both the grizzly and black varieties, are in the midst of a period known to biologists as “hyperphagia.” Hyperphagia is a medical word for always hungry. In the fall bears of the Tetons spend their days bulking up for their long Winter nap. That means they are more visible then than at any other time of year. A drive down Moose-Wilson Road inside GTNP often results in up close black bear sightings. Those bears, and sometimes their bigger cousins, the grizzly, come to the area to feed on the abundant hawthorn berries which grow along the road.

Elk, are right in the middle of their breeding period in early fall. This period is called “the rut” by most and it’s when bulls round up harems of females. They defend their girls with loud bugling calls, and sometimes in vicious combat with rival males. Watching two bull elk battle for dominance is an impressive sight best watched from a distance through good optics!

The majestic Moose of the Tetons are just beginning to think about their rut, and in early autumn they can often be found feeding quietly along the Gros Ventre River. 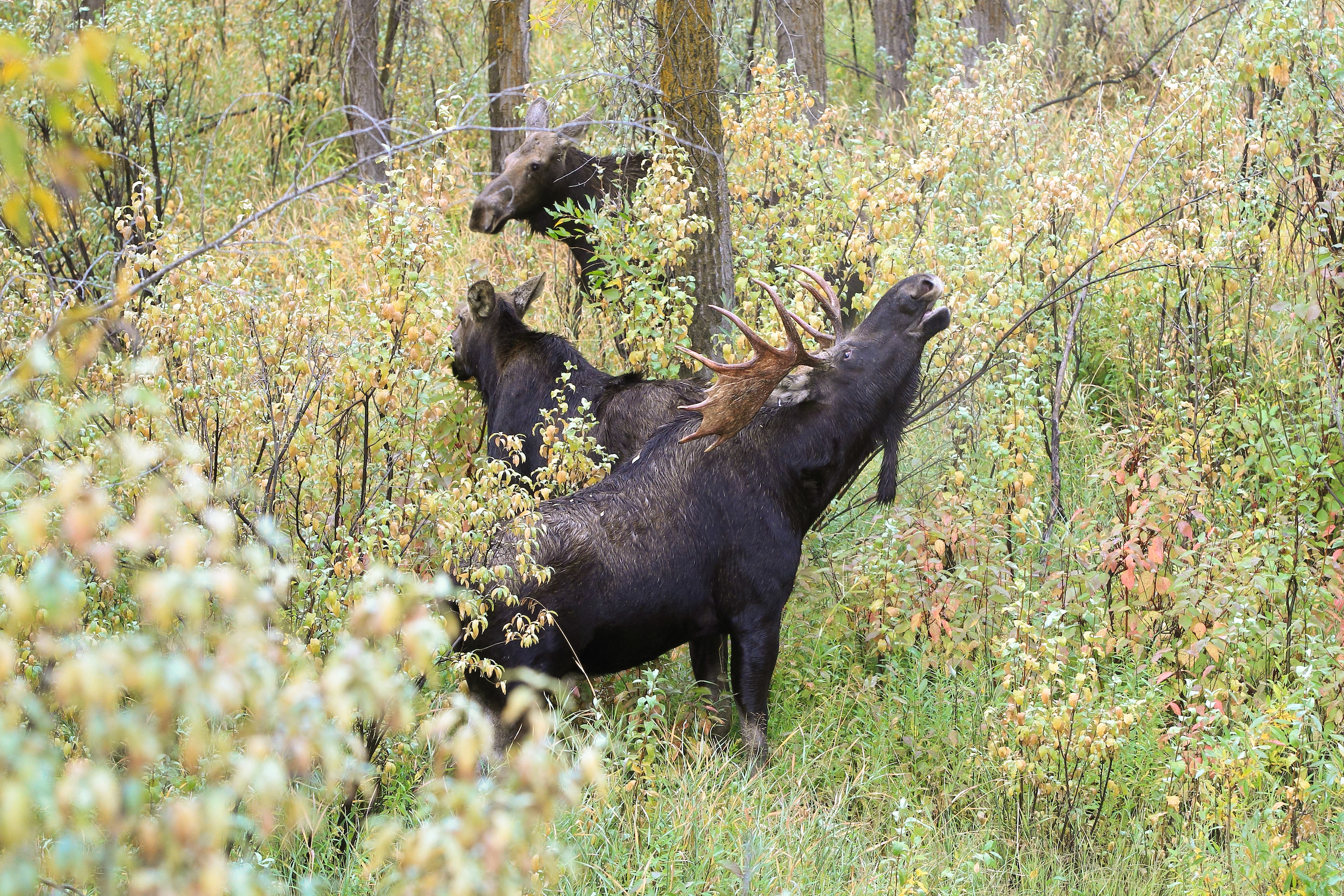 The Tetons are home to dozens of other spectacular species, including gray wolves, owls, river otters, bison (buffalo), mule deer, and many others, making the area a wildlife watchers mecca.

But as well-known as the region is for critters, it’s the Teton mountains themselves that draw people from around the world. Famed landscape photographer Ansel Adams captured the splendor better than anyone, and today thousands of aspiring photographers flock to famous vistas like Schwabacher’s Landing and Oxbow Bend, trying to capture the essence of the mountains.

At these well-known vistas, and many others, the Snake River offers stunning reflections of the Grand Teton and surrounding peaks. With blazing aspens framing the views, autumn offers the best of the Tetons. 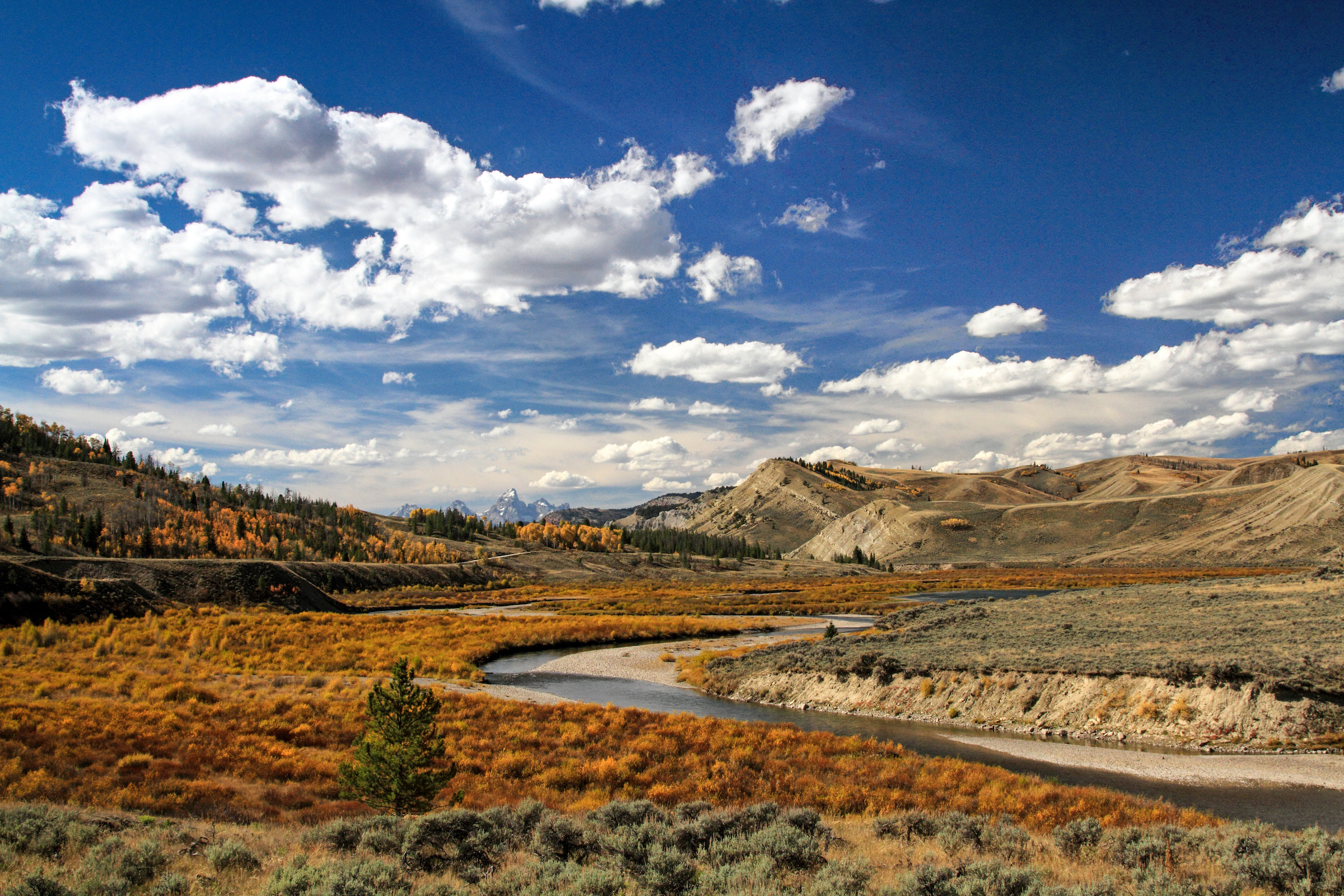