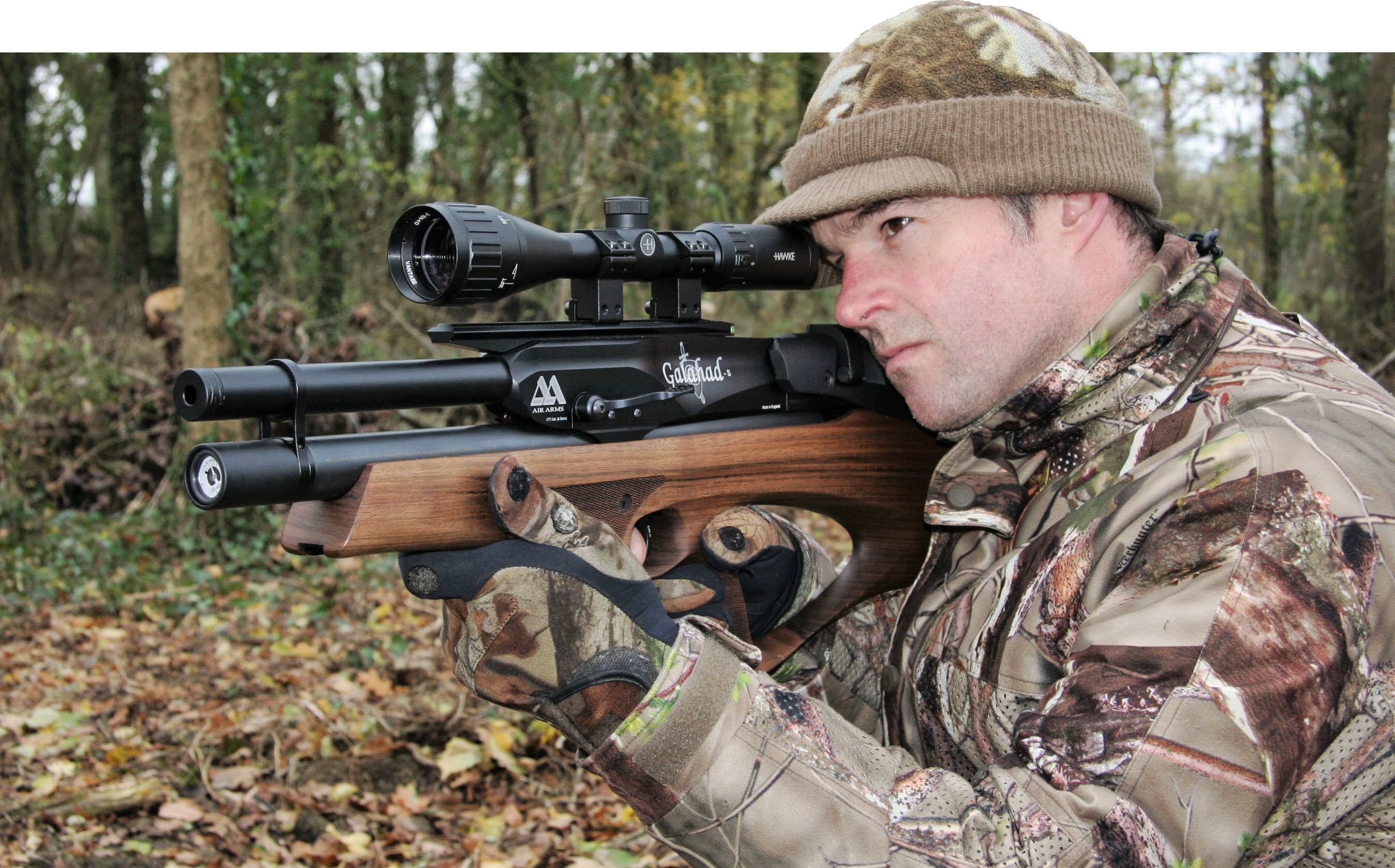 Wary corvids can be easier to outwit when distracted by the promise of a free meal. Mat Manning explains how to set up a fake nest to draw them within range of the air rifle.

Crows will usually circle overhead a couple of times, uttering low croaking calls, before pitching into an overlooking tree.

Corvid control crops up very frequently on the airgun shooter’s list of duties. Crows, magpies and jackdaws can cause serious problems when they home in on the easy food source around pheasant release pens, and the air rifle’s quiet operation makes it the perfect tool for culling pests in this scenario.

...our efforts are also very beneficial to songbirds, the nests of which frequently fall victim to scavenging crows and magpies.

Gamekeepers work hard to reduce corvid numbers by shooting and by setting Larsen traps, and any contribution we can make with the air rifle is sure to help. Apart from preventing these pests from munching their way through feed put out for game birds, and from devouring their eggs and chicks, our efforts are also very beneficial to songbirds, the nests of which frequently fall victim to scavenging crows and magpies.

Keeping corvids in check is no easy feat, though, as they will steer clear of anything that appears to pose a threat. Equipped with sharp eyes and a remarkable sense of hearing, these suspicious birds are adept at detecting danger and take to the wing the moment they pick up on an unusual movement or sound. Such highly-evolved survival instincts mean it’s extremely difficult to stalk within range of these wily birds. 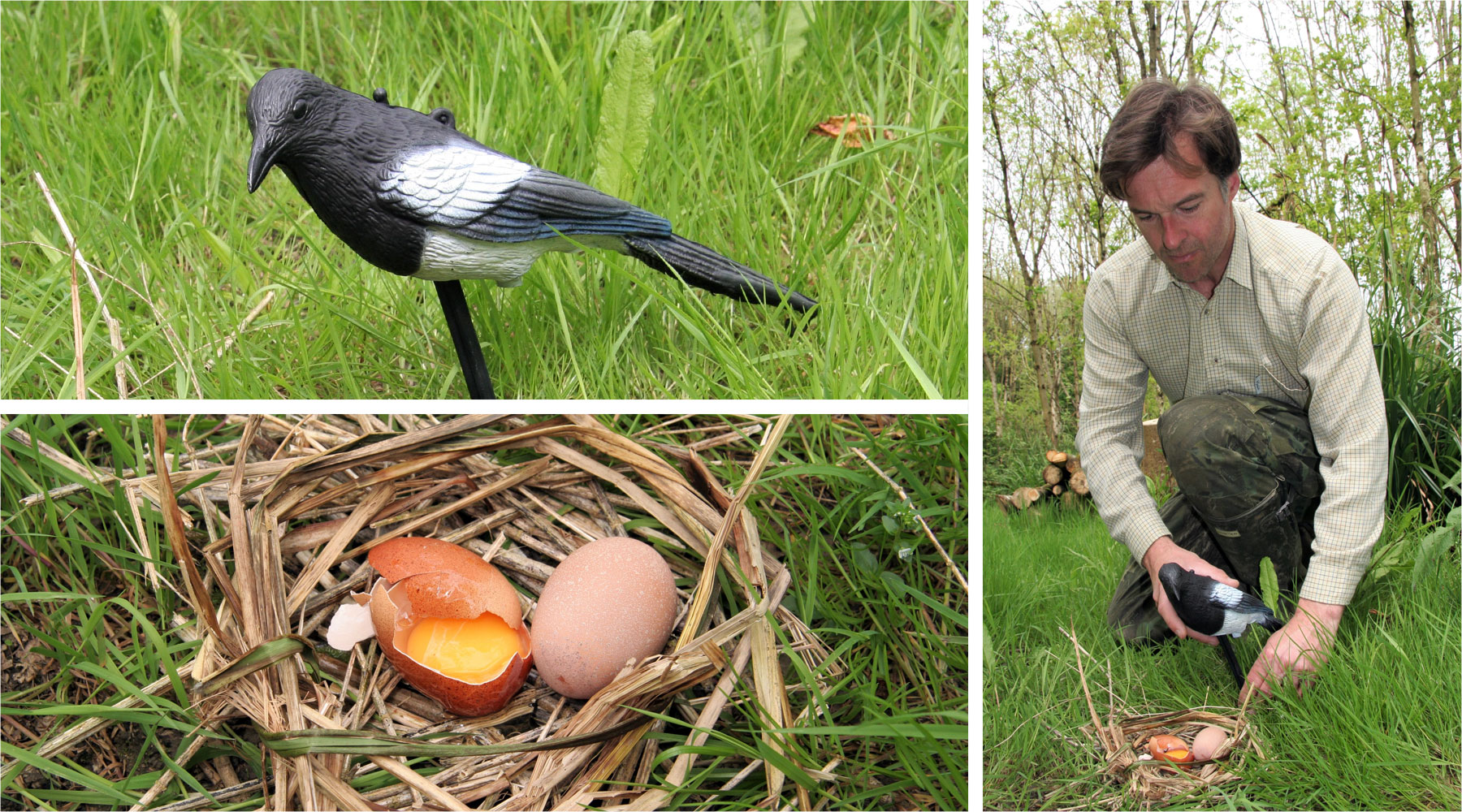 Ambush tactics are usually the best option, and although a carefully crafted hide can provide a very effective means of going undetected, natural cover can sometimes work even better because it’s already accepted as a harmless feature of the surrounding landscape. Another advantage of using natural cover is that it does away with the disturbance of constructing a hide, which can attract unwanted attention from your quarry.

When a chance arises, it’s important to stay calm and remember those ranges to ensure accurate shot placement.

Although corvids can be extremely difficult to outwit, their interest in the nests of other birds can be their downfall. During the spring and summer months, crows and magpies are constantly on the lookout for eggs to devour. Set up an artificial nest close to a discreet hiding place in an area you know to be frequented by corvids and you’ll probably get shots at birds as they swoop in to investigate.

A fake nest can easily be created from fine twigs or dry stems of grass and nettle. Twist them into a circle to create the bowl shape of a nest and place it in a prominent place where incoming corvids won’t fail to notice it. This ruse won’t work unless the nest has some convincing contents, so I load mine with a couple of hen’s eggs. Cracking one of the eggs to reveal the yolk will make it look even more appealing, and the addition of a decoy will help to convince incoming birds that it’s safe to land. An imitation crow or magpie also creates a sense of competition, and it’s surprising how bold corvids can be when they think they’ve spotted an intruding bird helping itself to a free meal on their patch.

The first sign of interest from magpies tends to be a series of rattling, clucking calls.

With the nest and decoy in position, it’s simply a matter of tucking yourself into your hiding place. My final preparations then usually entail putting on a head net to ensure that any tell-tale patches of pale skin are covered up and then using my Hawke LRF Hunter 400 Laser Range Finder to confirm the distance to the nest and any nearby trees. The range-markers will then enable me to quickly calculate correct hold-over or hold-under to ensure accurate shot placement when corvids land close to them.

There’s usually no mistaking the corvids’ arrival when they clock the nest and decoy. Crows will usually circle overhead a couple of times, uttering low croaking calls, before pitching into an overlooking tree whereas magpies can be slower to commit. The first sign of interest from magpies tends to be a series of rattling, clucking calls from along the hedgerow or down the woodland edge. This chattering will often attract others and, if all goes to plan, will gradually draw closer as the birds home in on the eggs. 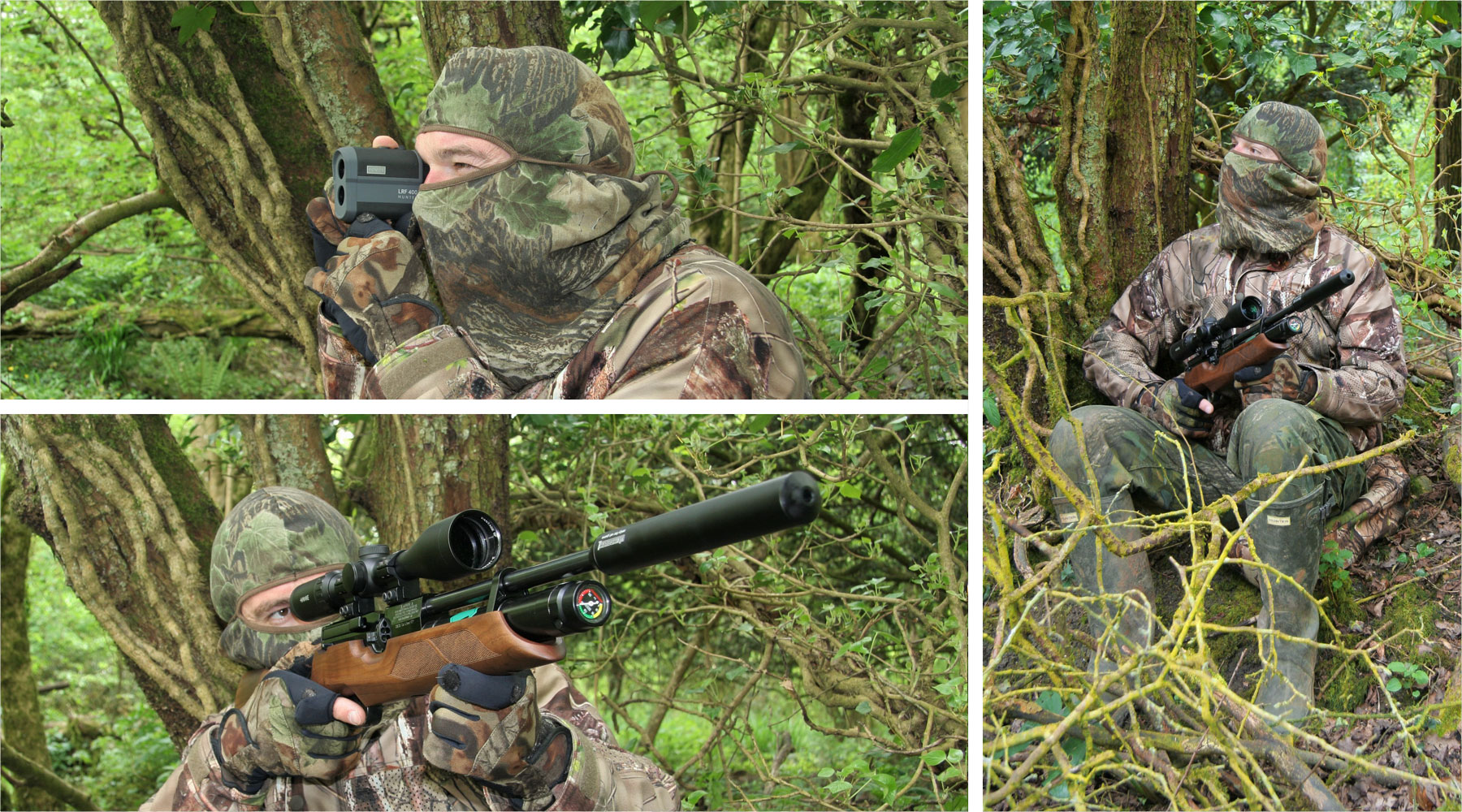 When a chance arises, it’s important to stay calm and remember those ranges to ensure accurate shot placement. If the bird drops cleanly, try to resist the temptation to rush from the hide to pick it up. Corvids can react very boisterously to the death of a mate and will often swoop in or wheel overhead while croaking and screeching. The commotion often attracts even more birds and it’s not unusual for one or two to land either in nearby trees or right next to the corpse of their fallen comrade. It’s a great opportunity to add to the bag when corvids are distracted in this way.

It doesn’t take long for the birds to wise up, and they’ll soon back away after one or two more losses. Now is the time to break cover and clear away the shot birds before returning to the hide. Waiting it out for another hour or so will sometimes yield results but it’s rarely worth giving it longer than that. If the birds refuse to return it’s probably because they now associate the area with danger, and that’s your queue to move on to another spot.