It had been a long, exhausting season.

As I partnered with the Pennsylvania Game Commission to capture the story of a successful turkey hunt in the Keystone State, I’d come close several times. But stubborn birds hung up just out of range, and my tag remained unfilled.

Turkey hunting — particularly in the final hours of spring... ...doesn’t always go according to plan. But when it does, what a beautiful thing.

Although I’d arrowed birds in the midwest, I had yet to tag a turkey in my home state, where birds can be scarce and incredibly wary. So after several multi-day trips to longbeard hotspots throughout Pennsylvania, my dad and I decided to scope out a small property we leased for whitetail hunting, just a short drive from our hometown.

We’d captured several trail-cam photos of turkeys near our deer stands the previous year, so we knew at least a few birds frequented the property. With just a week left in the spring gobbler season, we walked the entire ground on Wednesday night, sending out yelps in hopes of a return gobble from a longbeard heading to the roost. But all we heard was silence.

As we approached the truck to head home defeated, Dad decided to give the slate just one more strike. A gobble echoed in the distance. After some back-and-forth, we concluded the tom was strutting in a nearby field. As the gobbles grew louder, we knew this bird was fired up and hopped in the truck before he nabbed us.

We devised our game plan that night, but we knew calling a tom off the neighboring property and through some thick cover was a long shot — especially this late in the spring gobbler game.

The next morning, we arrived back at our spot with more than 30 minutes to spare before shooting light. I set up against an old oak along a narrow treeline, and Dad positioned himself 10 yards behind me with calls in hand. 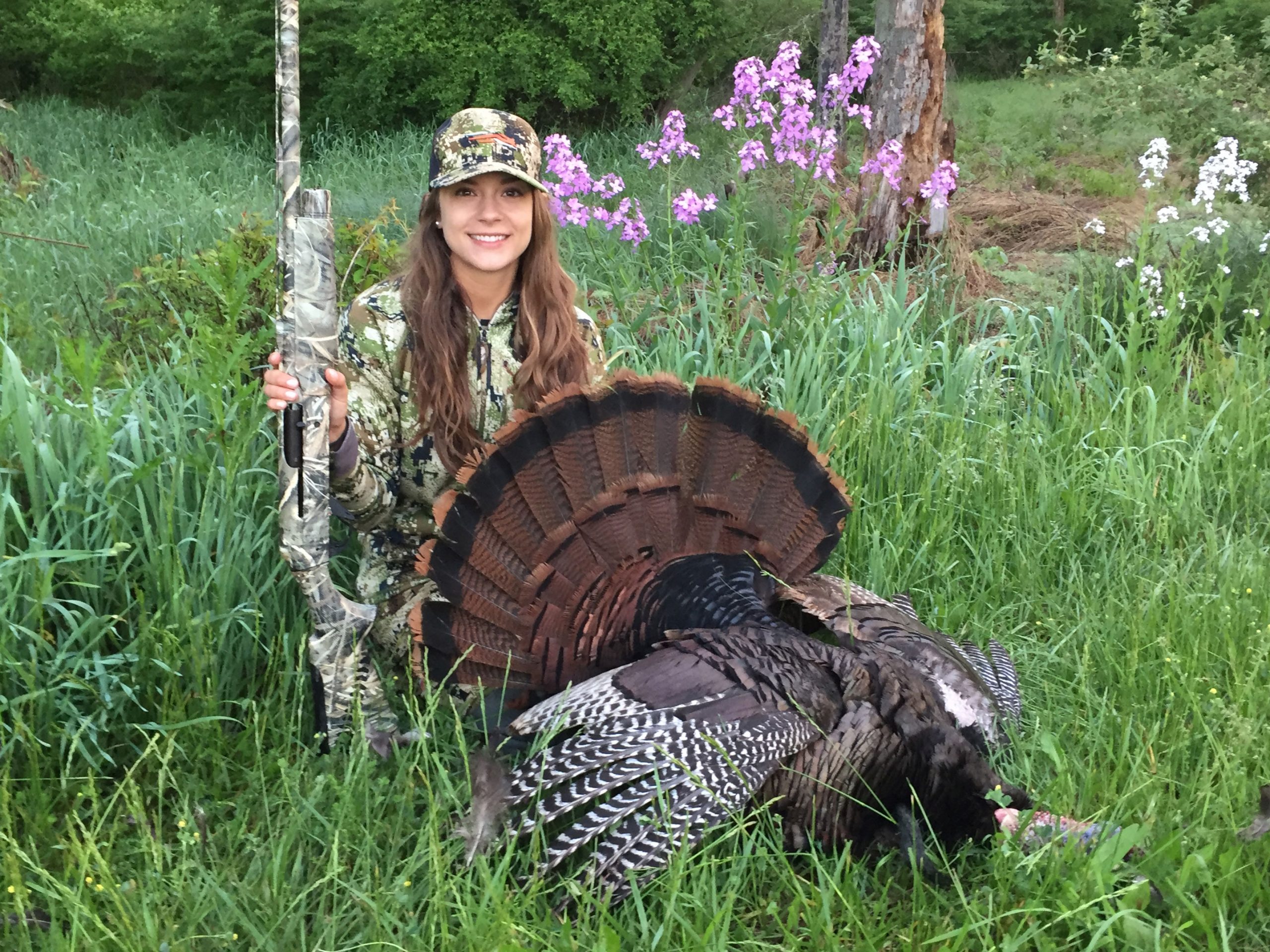 When the sun peaked through and the woods began to come alive, Dad sent out a soft call. A gobbler thundered about a hundred or so yards away. And he continued to return each yelp with an immediate, eager gobble.

As those gobbles grew closer, a whitetail walked into the opening where we expected the tom to appear, and I was sure she’d spook our bird. But after a few minutes, the doe trotted off unphased.

Following a few more yelp-gobble sequences, a red head popped up at 30 yards, and I squeezed the trigger of my 12-gauge. I sprang to my feet and sprinted through the tall grass to make sure the bird was down — a beautiful tom sporting inch-plus spurs and a 10-inch beard.

We snapped a few photos with the longbeard and were out of there by 6am with plenty of time for a celebratory breakfast before a triumphant walk into work.

Turkey hunting — particularly in the final hours of spring gobbler season in Central Pennsylvania — doesn’t always go according to plan. But when it does, what a beautiful thing.


Visit Hawke Life “In the Field” for more people using Hawke products ‘in the field’.