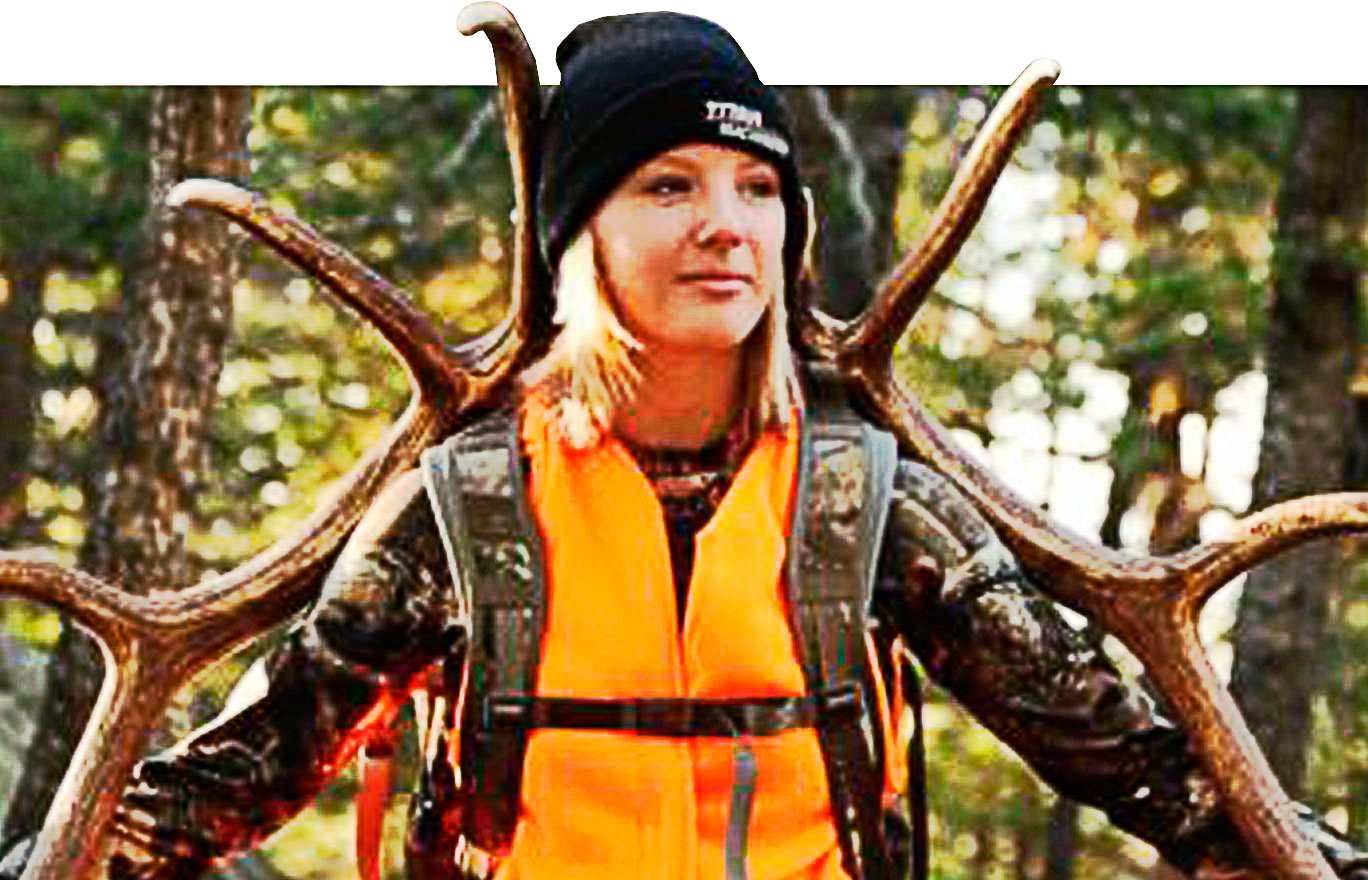 Hunting elk, especially the elusive Rocky Mountain Elk, is one of the most thrilling sports on the planet. Pursuing the creature brings with it a long line of heritage and camaraderie.
Just like any other part of this sport, it isn’t the first try, shot, step, or day that results in success – persistence is key
Drawing down the crosshairs, steading a breath after a long chase, and squeezing the trigger is a feeling that never gets old. The lingering ring of the shot overwhelming the ear so used to the noiselessness of the woods, the harsh scent of the gunpowder replacing the unmistakable musk of the herd, and the rush of adrenaline draws the senses to the brink of overload. This often-time once-in-a-lifetime experience is what draws many a huntsman afield.

Getting yourself in front of a herd, especially on public land, is no easy chore. The following are my tips for finding Elk that I have learned from hunting with a seasoned mentor as well as through experience, success and failure.

Just like any other part of this sport, it isn’t the first try, shot, step, or day that results in success – persistence is key. Bouncing from location to location doesn’t lend itself to a successful hunt or season. Returning to a location one day after another allows you access to a herd’s pattern.

Elk run on a four- to six-day pattern, moving from water to feed and back. Hitting the hunting ground one day and moving on gives you no true sense of their point in this pattern. If they aren’t here today, they’ll be here tomorrow. Returning for the next couple of days gives you the shot of finding them on their return. Whether you hunt around their water, feeding source, or in between, they need both and will continue in their pattern.

The same goes for pre-season scouting; you can have the elk pattern down to a science if you are in early before season and stay there up to season. So what exactly does this science look like? It begins with standard variables that will help you to put one of these mighty critters in the freezer: Herd Location, Herd Size, Season Depth.

Plains herds band together in massive numbers, anywhere from 100 to 450+ elk browsing in the sage and hay fields. These huge herds move in a couple of different patterns. 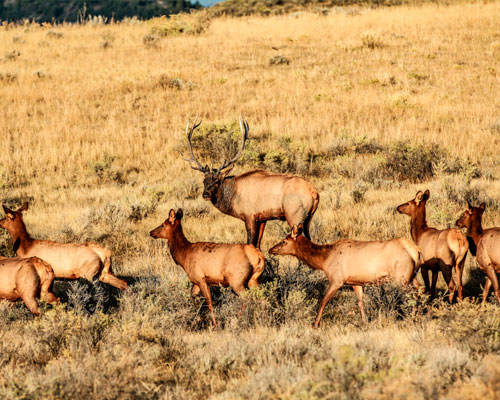 Forest herds are full of variables and unique characteristics. They range from herds of 40 down to little satellite herds of three or four elk. 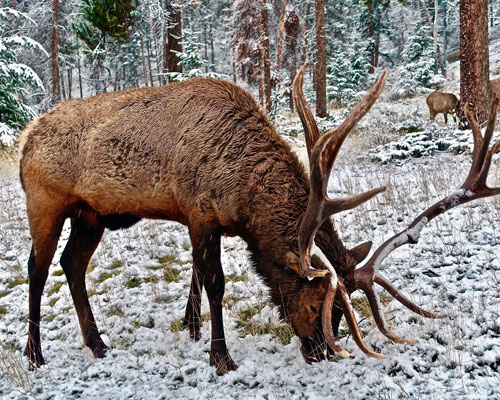 This is generally what I have observed hunting in the Montana Rockies and the plains they overlook. A great way to narrow down your area’s pattern is the use of trail cameras in the preseason. Placing them near watering holes is usually a good bet. By doing so you can gauge the length of their pattern and know exactly when they come to water. Most animals, no matter the location come to water early in the morning or at dusk, good to know if you plan to set up a tree stand during bow season.

After establishing this pattern in preparation, sight in your gun or bow, pack your gear and the chase begins.