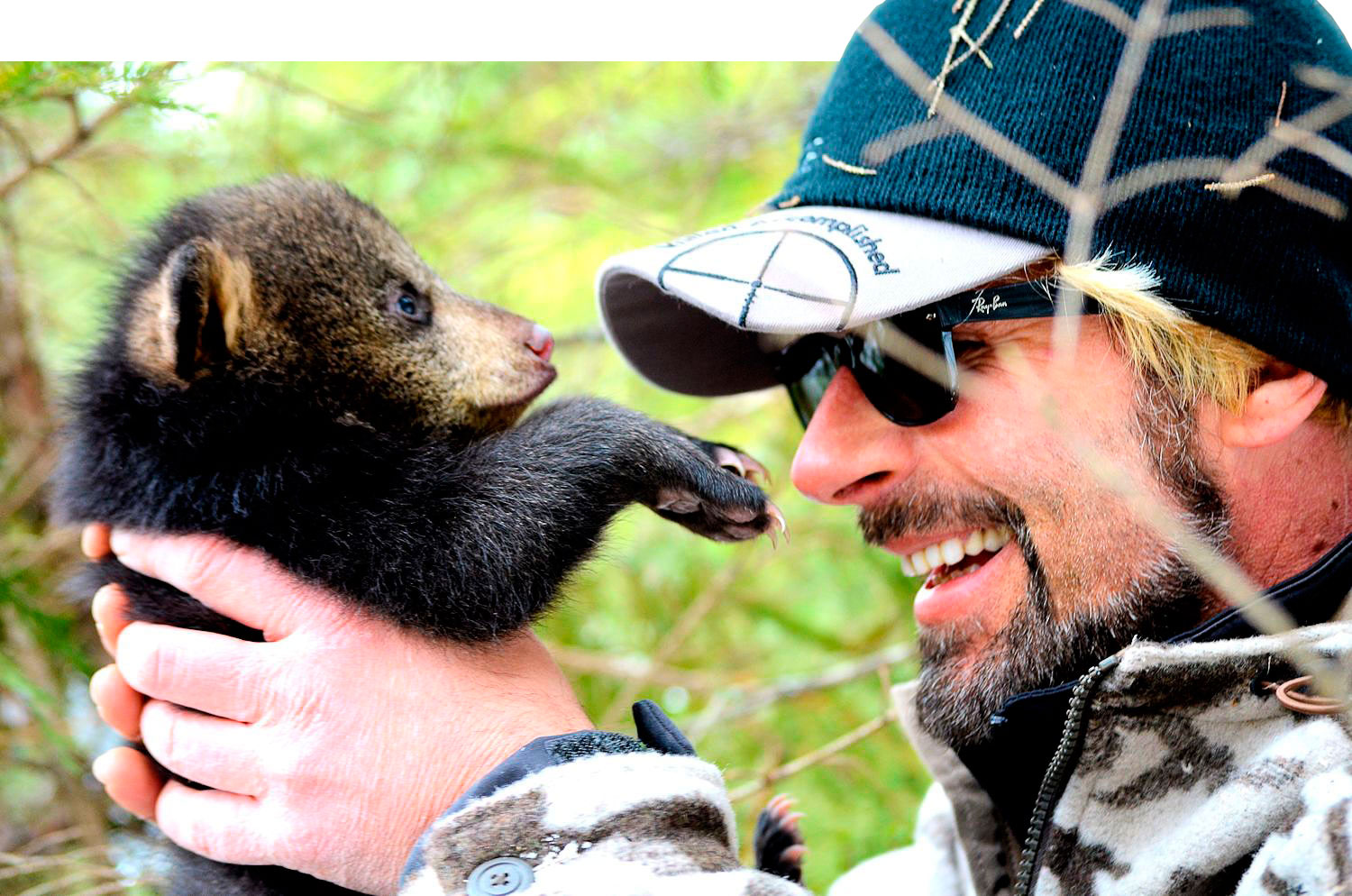 Considered to be one of the only “true” bear conservationist employing real conservation methods such as tagging, tracking and maybe the most important conservation efforts of all, hunting.

Every Winter I am lucky enough to join the Maine Bear Crew, a group of hardy and athletic biologists who have been studying the Maine Black Bears for more than 35 years, and aid with their conservation efforts.

At this time of year the sows with their cubs are hibernating. The purpose for the trip is for many reasons, but it gives the state of Maine a general idea of how the bear population is doing. We check everything, the condition of the fur, the general heath of the bears and are able to add any new bears we encounter in the study area as well.

The very first thing we have to do is locate the den. Each year the Maine team fit GPS collars to the sow’s they come across, which gives us a pretty good idea of where the den is. Many times it could be in an open area like a beaver bog where you can see for hundreds of yards. This is where the Hawke Binoculars become my most valuable tool in locating potential den sites. Being able to see steam rise from a hole in an old beaver lodge from 200 yards away, a true advantage is knowing where the den site is long before you arrive. Each year the Maine bear crew visit anywhere from 80 – 100 dens. The system has been copied by other states and countries around the world.

We enter the den with a pole to sedate the mother bear. This allows us to thoroughly check her and her cubs with minimal distress. If there are 1st year cubs, we remove them after the sow is asleep. If there are 2nd year cubs (50 – 80 pounds) we also sedate them.

We take stats on the sow, checking her weight, teeth condition, check and treat any ailments (that we can see and have the ability to do), put a new collar on her and put her back into the den. 1st year cubs, also receive a full health check. 2nd year cubs, in addition to health checks also get a new tattoo inside their lip, this helps to identify them in the future, they also reveive ear tags and the females get a GPS collar so when they have their own litter of cubs, we can track them.

Each year the Maine bear crew visit between 80 – 100 dens. The system has been copied by other states and countries around the world. It is certainly an exciting time of the year and one I really look forward to.
Blaine AnthonyConservationUSA