The Bears of Katmai 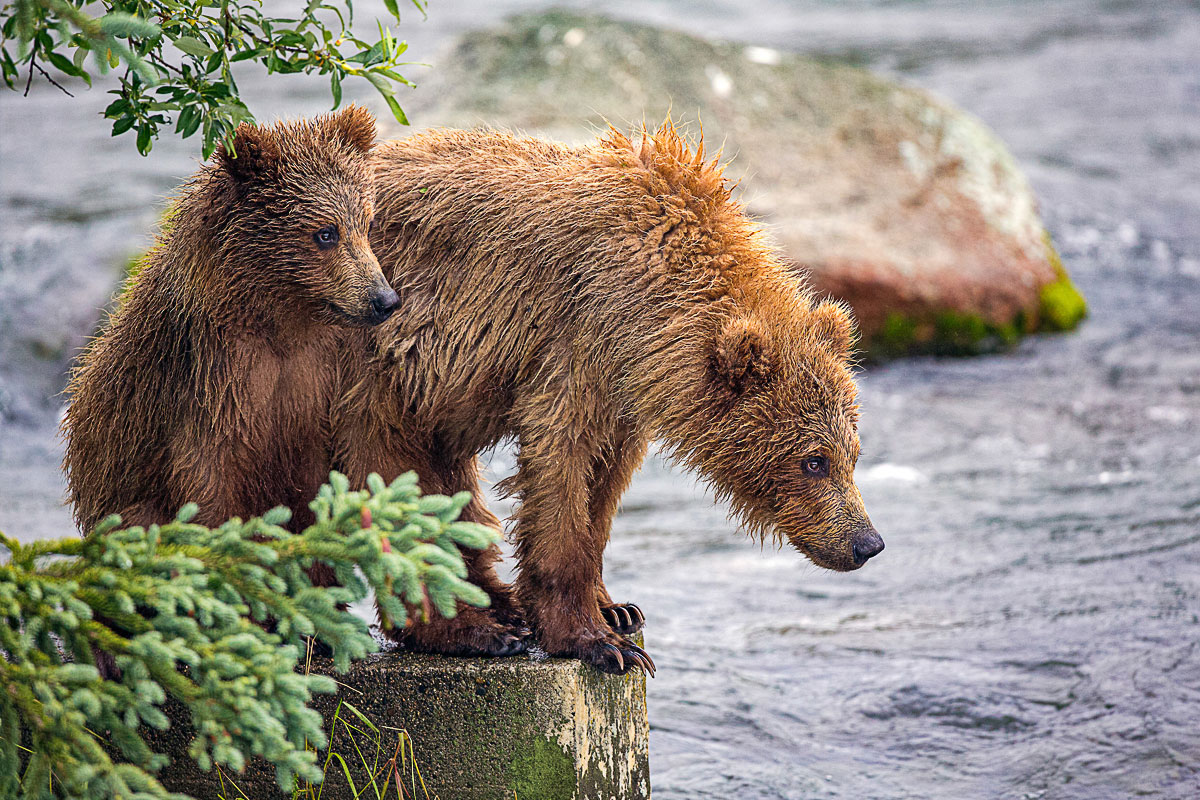 On the east coast of the Alaska Peninsula, there is a place renowned across the world for its bear viewing opportunities. It is a place where people and bears and salmon comingle near a six-foot drop in the Brooks River.

Due to that six-foot ledge, salmon stack up beneath Brooks Falls in Katmai National Park and enormous Brown bears gather each Summer to catch the fat-laden fish in preparation for the long Alaskan Winter which will come all too soon. It’s not easy to get to Katmai National Park, Brooks Falls, and the bears. There are no roads accessing the place. A Float plane or a boat ride is required, and that’s what keeps this place so wild. From the beach where the planes land at Camp Brooks, to the falls is a ¾ mile, flat hike through dense forest. But first you’ll use a bridge to cross the Brooks River. Below you, schools of salmon will swirl and lunge their way toward the falls.

It can be intimidating to see a 600-pound omnivore walking towards you...

Bears are as likely to be near the bridge, on the beach, and in the forest as they are at the falls themselves. It can be intimidating to see a 600-pound omnivore walking towards you down the forest trail, but as you step aside into the understory, the bear will pass without incident. They are there for one thing only – salmon.

While the bears have little interest in conflict with people, they will often battle mightily for prime fishing spots at the falls. Watching and listening to two giant males roar and wrestle is a spectacle you will not forget. And off to one side, patiently waiting for yet another salmon to leap the falls, a female bear with two yearling cubs watches the males’ Battle Royale, too. Viewing bears at Brooks Falls is as safe as the Park Service can make it. A mandatory bear viewing etiquette video each visitor must watch, combined with the presence of many rangers, means bear vs. human incidents are very rare. A permanent platform just below the falls allows visitors to look down on the scene from ten feet above the river. Downstream a few yards, another platform gives viewers the opportunity to watch the massive bears charge through shallow water chasing incoming salmon.

Occasionally other predators arrive to enjoy the salmon feast at Brooks Falls. Wolves sometimes dart in from the shoreline vegetation to grab a fish or two before the bears can object, and Bald eagles frequently perch in the trees over the scene, diving down to the river to pull at the dead and dying salmon, too. The bears leave much for the scavengers to enjoy. They frequently only eat the fat-rich skin and the ripening fish eggs, leaving the rest of the salmon to the eagles and gulls. 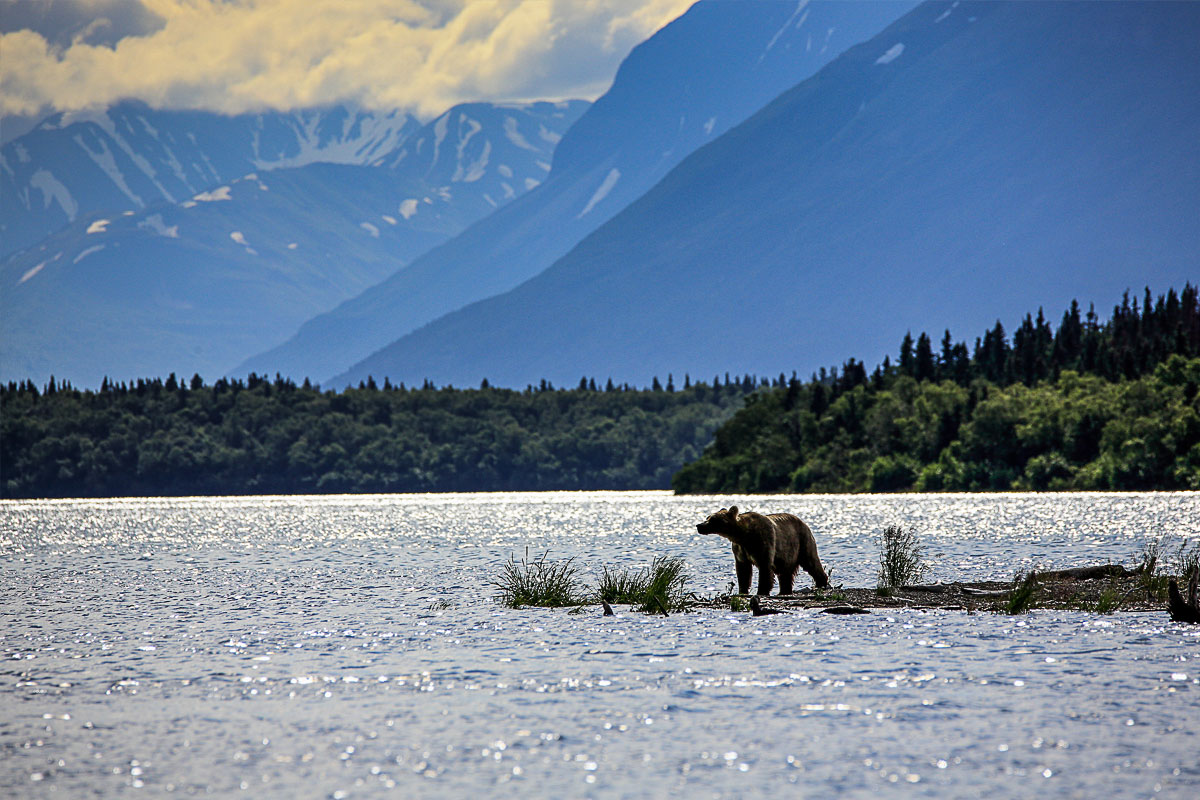 Brooks Falls is no secret, the platforms can be busy places during the short summer viewing season. The Park Service has platform time limits in place during peak traffic, and patience with your fellow visitors is a must, but it remains a humbling place to watch the annual migration of fish and bears.

For those who cannot go there physically, you can still witness the spectacle via the National Park Service’s live web cam.