Back from the Dead: The Black-footed Ferret Recovery Story 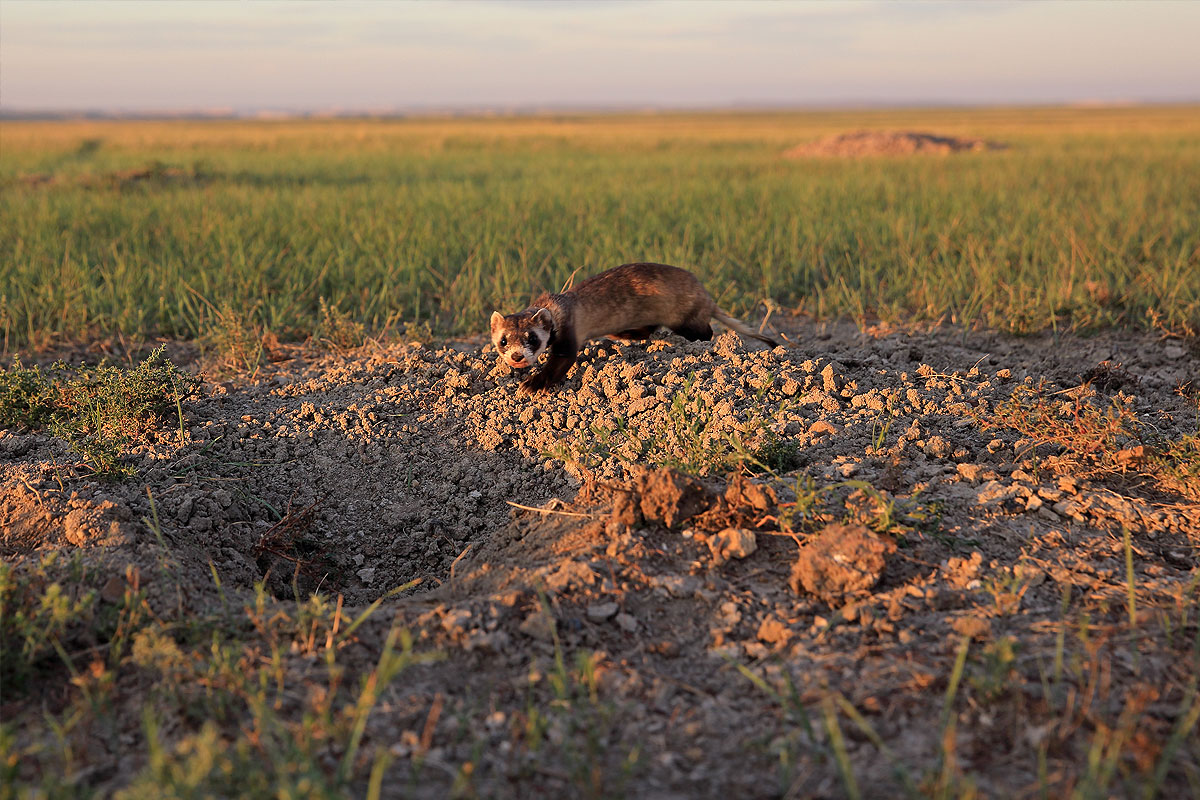 In my lifetime there have been some phenomenal wildlife recovery stories. The Bald eagle is one species which leaps immediately to mind. When I was a child, even though I lived in Minnesota, “The Land of 10,000 Lakes,” Bald eagles were rarely seen.

Today they are ubiquitous. Wherever you have open water in my part of the world, you are likely to see the stately birds soaring and fishing and nesting. And in winter Bald eagles will gather by the hundreds wherever they can find open water around here.

...they may not be “megafauna,” but they certainly are charismatic

Grizzly bears, too, have come back to the northern Rocky Mountains in impressive numbers. Panda bears, Humpback whales, snow leopards and a few other species I’ll call charismatic megafauna, have all returned to promising numbers. Even less-romantic species like American alligators are back from the brink.

But I have a personal favorite amongst all the recovering species. And it is perhaps the most unlikely animal ever to come back since it was classified as extinct forty years ago. That animal is the Black-footed ferret. For most animals, extinction is forever, but for Mustela nigripes, the only ferret native to North America, “forever” was a happily temporary condition. 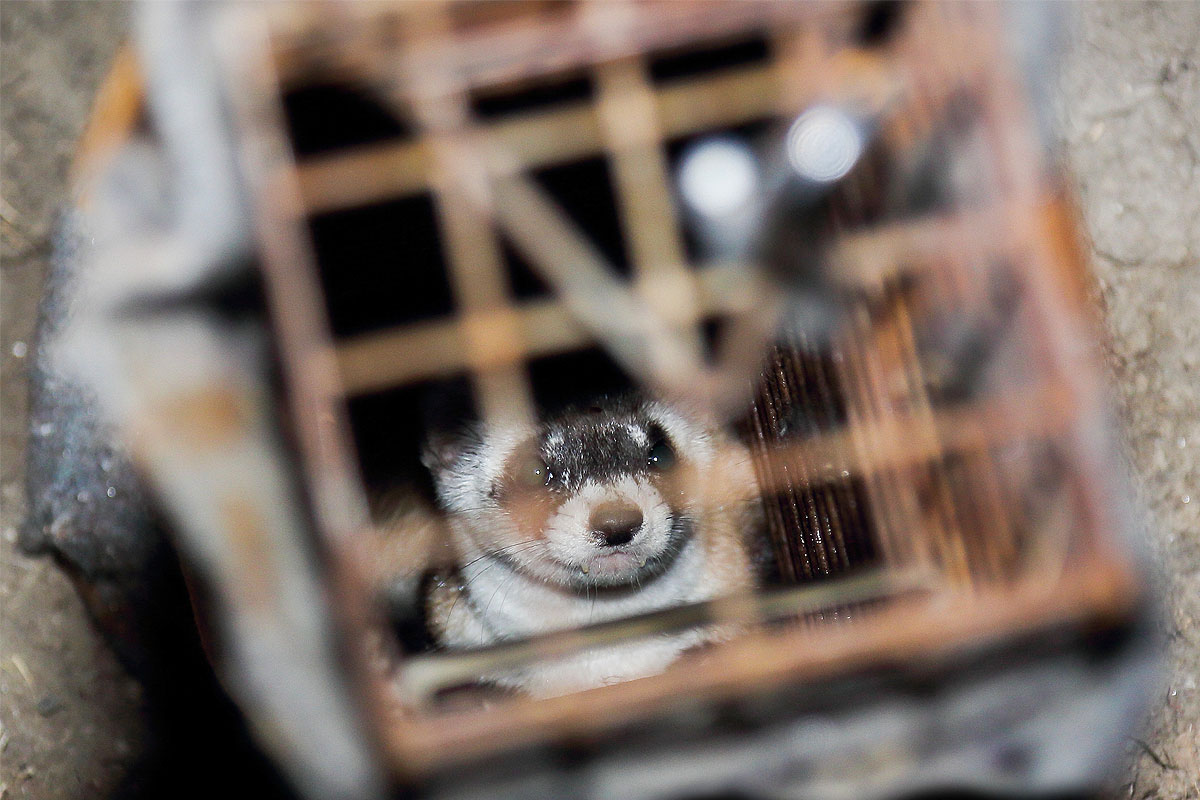 Because Black-footed ferrets lived almost exclusively in the prairie dog towns of the American West, and because prairie dogs were largely exterminated with westward expansion in the late 1800s, the native mustelids with the bandit’s mask largely vanished from the American prairies. In 1979 they were officially declared extinct, but in 1981 a farm dog near Meeteetse, Wyoming carried a dead one back to a ranch yard. The rancher recognized the rarity of the animal and within a few weeks the wheels were in motion to find more, if there were any. 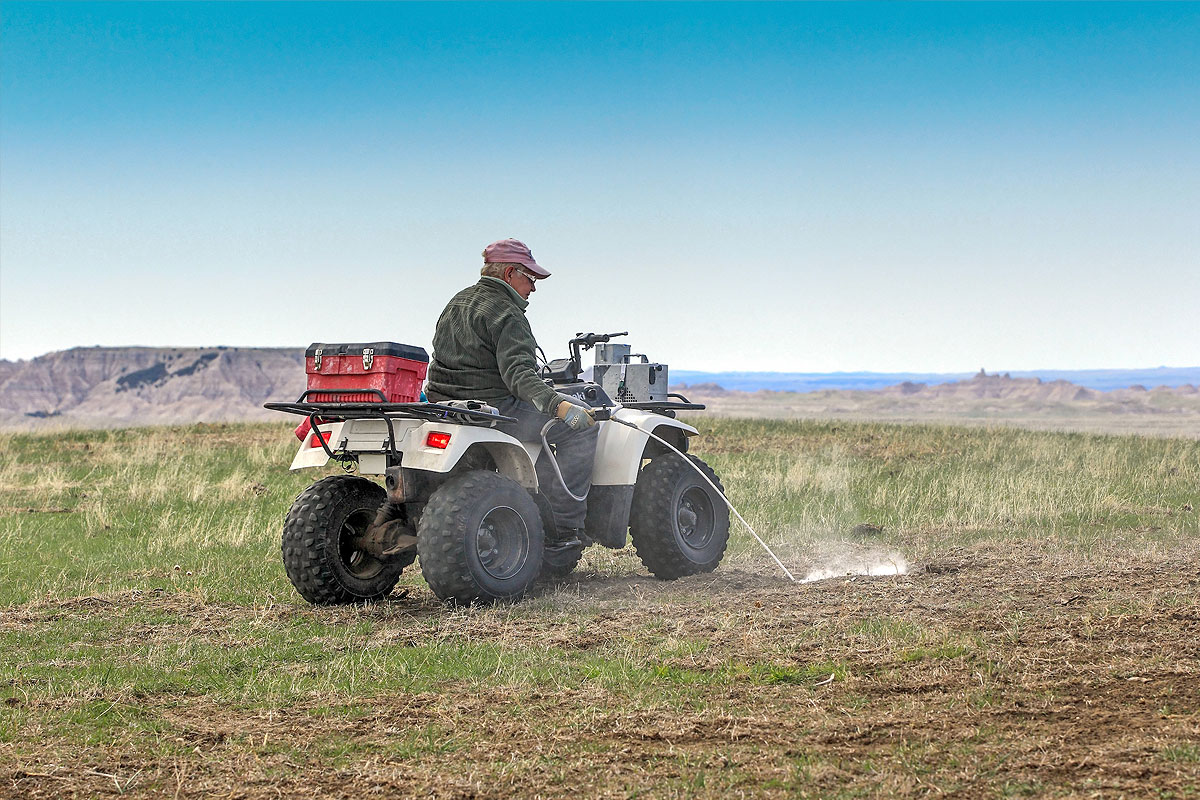 Using ATVs, workers in Badlands National Park dust each Prairie dog burrow in a colony for fleas. Fleas can carry sylvatic plague, one of the biggest threats to endangered Black-footed ferrets, which also use the burrows.

Ultimately a small but thriving population was found on the ranch and 88 ferrets were counted there. Unfortunately, Black-footed ferrets are susceptible to sylvatic plague and canine distemper – both introduced diseases. By the mid-1980s, the diseases decimated that small colony near Meeteetse. 18 surviving adult ferrets were live-trapped and taken to a captive rearing facility in southeast Wyoming. From that captive population all Black-footed ferret populations extant, wild and captive, come from those 18 animals. 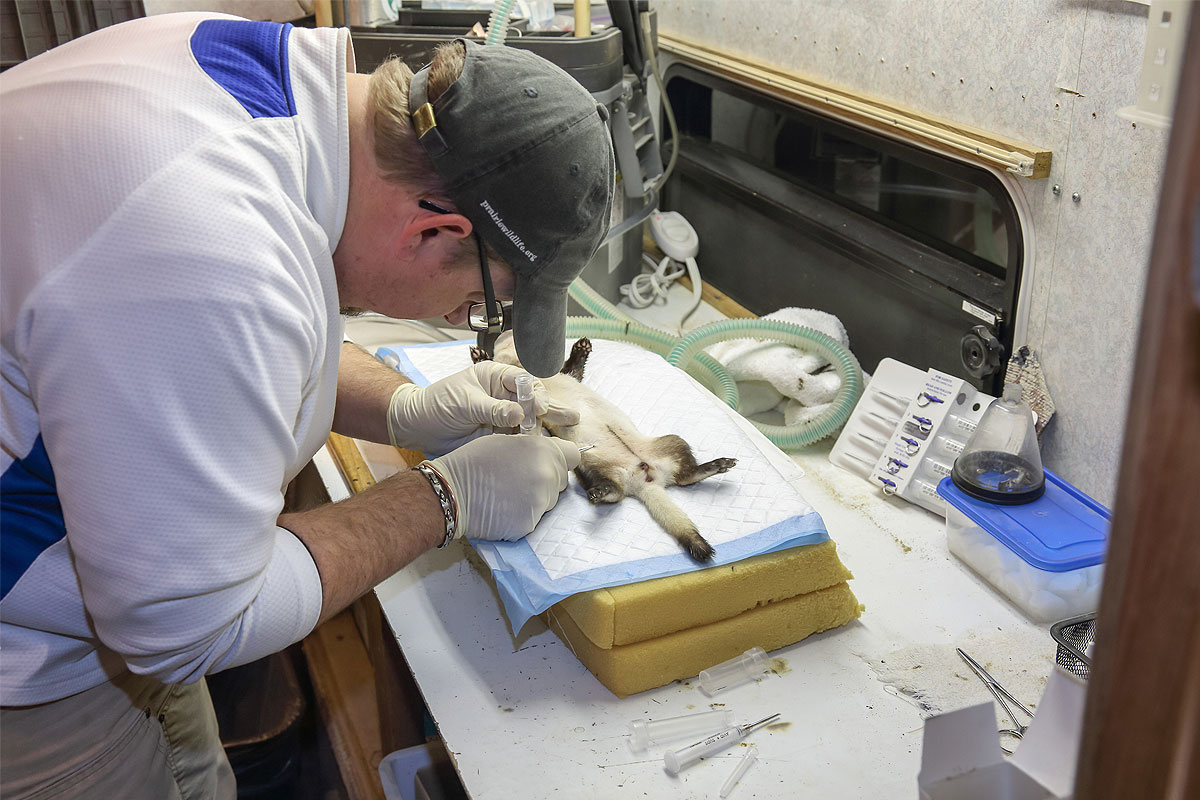 Wildlife biologist, Travis Livieri, uses forceps to remove a flea from a sedated Black-footed ferret, near Wall, South Dakota. Fleas can carry the sylvatic plague which has decimated ferret populations across their range.

Today there are approximately 400 wild ferrets, living in six western states, northern Mexico, and parts of Canada. There are an additional 300 held in captive breeding programs across America, but their future is far from secure. They are still listed as “endangered” by the IUCN and the US Fish and Wildlife Service. As such, it takes a dedicated team of professional biologists to monitor, vaccinate, and protect these amazing little predators.

It’s been my pleasure to get to know some of these biologists, and I know they agree, Black-footed ferrets may not be safely recovered, and they may not be “megafauna,” but they certainly are charismatic, and the world is better with them than without them!