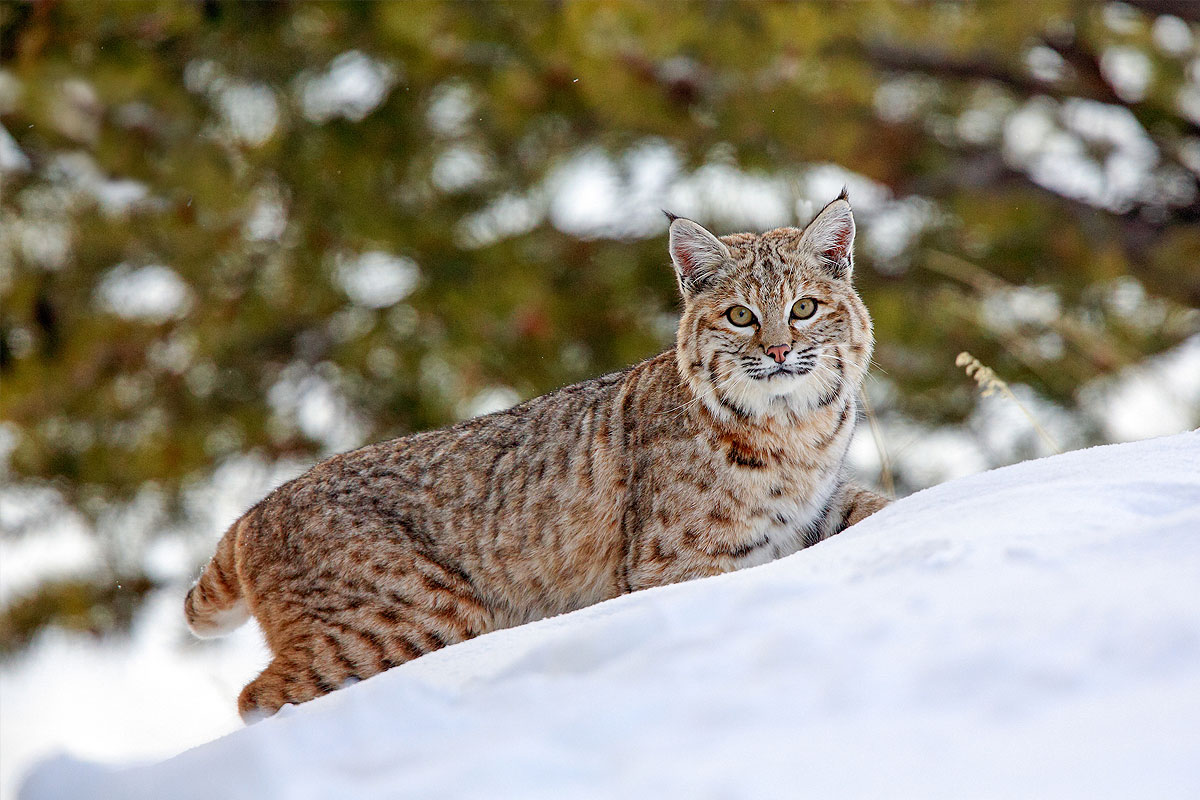 Out in the middle of the rolling Wyoming plains, just west of the Black Hills, a unique monolith made of stone rises from the landscape. Angular and tall, poised looking down on the surrounding landscape, the monument called Devils Tower is hard to miss.

Modern scientists cannot agree on the exact forces which formed the great geometric columns of igneous rock, but all agree it is the core of a long extinct volcano. The 867-foot tower, they say, eroded from the surrounding sedimentary rock of an ancient sea floor. But to the people already living in the area, the native tribes of the northern plains, the place was already well-known.

...an anomaly of both landscape and light. ...changing hue from green to gray, to orange to black.

To the Native Americans this ancient mountain is known as Bear Lodge, a sacred site then and now. The tower’s origin story told by the Lakota, Cheyenne, Crow, Arapahoe, and Kiowa’s is perhaps more interesting than the story told by today’s scientists. To these tribes, the story is one of a great bear clawing its way at the sides of the hill. The details change from tribe to tribe, but the giant bear scratching at the tower is common to all. 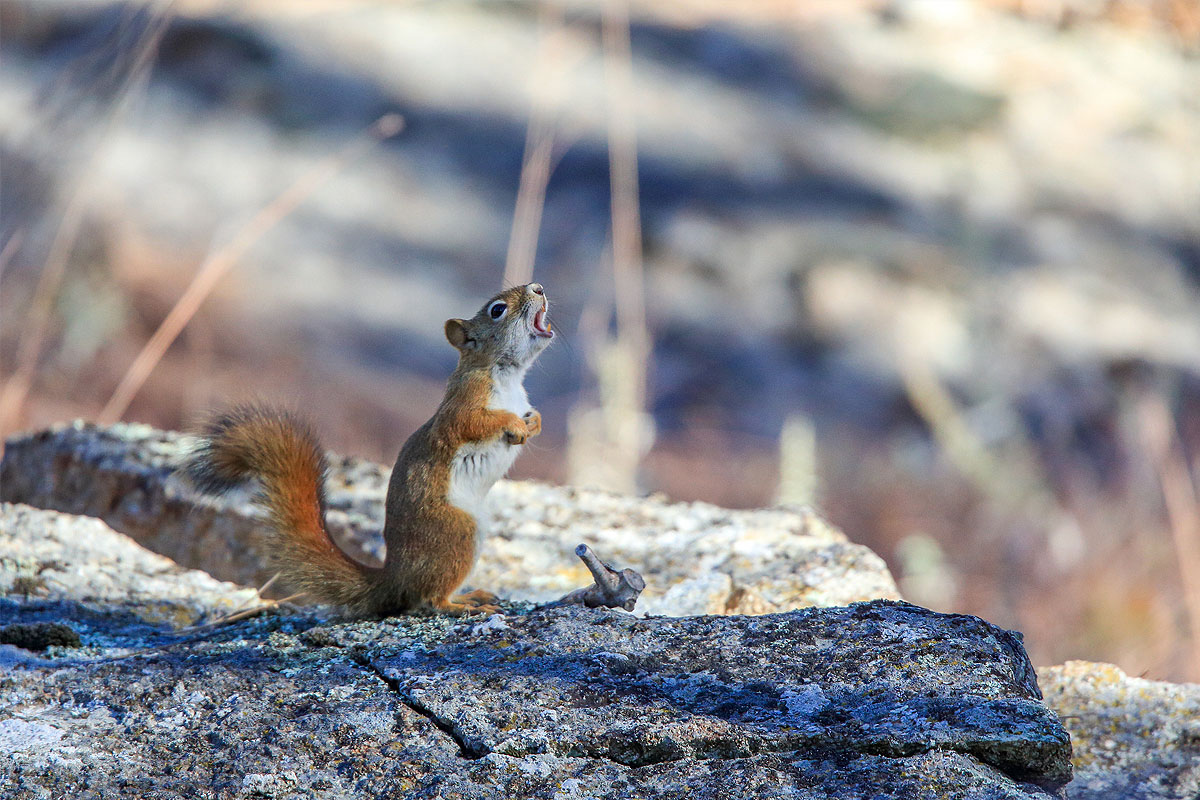 How ever it formed, whoever is right, Devils Tower became America’s first “National Monument.” Following many remarks about the grand tower from early military expeditions and explorers, and after years of lobbying by local politicians, the igneous pillar was permanently protected under the “Antiquities Act” by President Theodore Roosevelt on September 24, 1906.

To the modern visitor Devils Tower is an anomaly of both landscape and light. To the photographer the tower is never the same color twice. The way the light plays on it shifts from day-to-day and hour-to-hour, changing hue from green to gray, to orange to black.

Moviemakers have come here for years, too; most famously Steven Spielberg chose the other-worldly tower as a backdrop for his 1977 blockbuster, Close Encounters of the Third Kind. 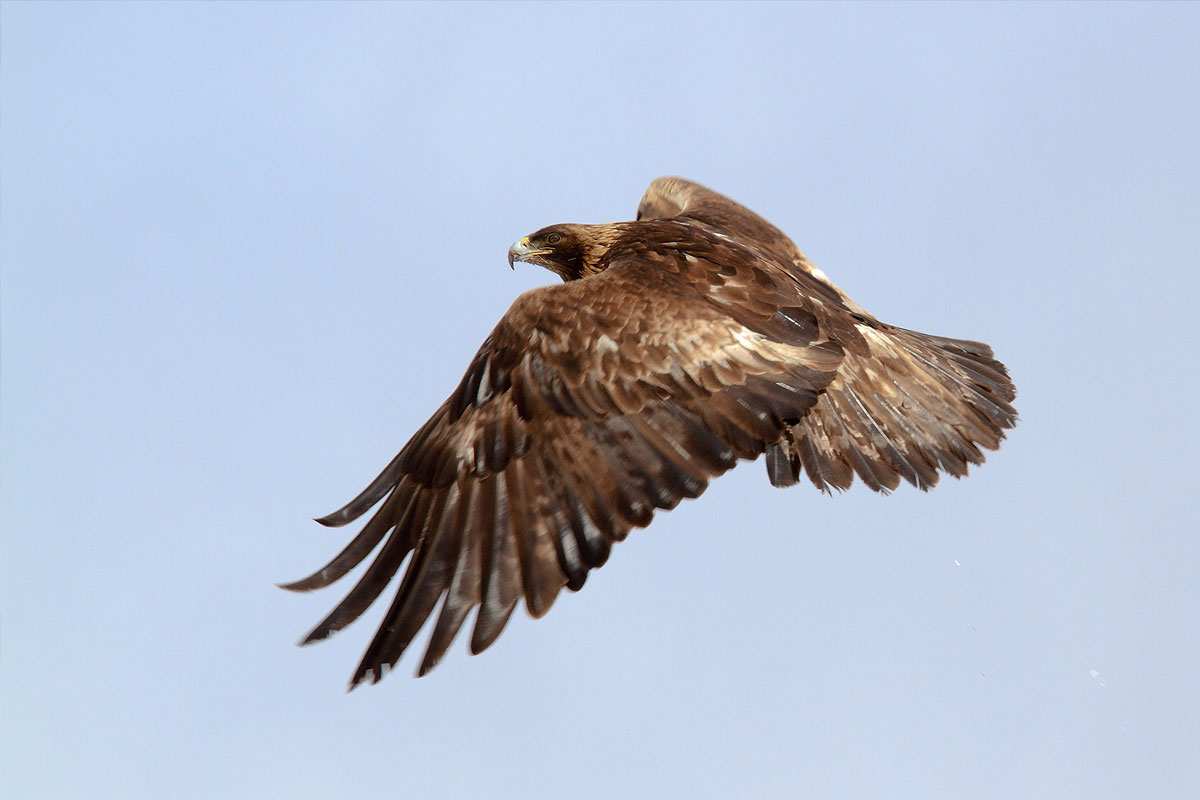 A Golden eagle lifts off from its perch near Devils Tower in Wyoming.

Wildlife abounds in the rolling hills at its base. Visitors are likely to see prairie dogs, white-tailed deer and mule deer, red foxes, red squirrels, fox squirrels, and bobcats. Just occasionally cougars will pass through the area, too. Raptors of many kinds, including the massive and beautiful Golden eagle, soar alongside the tower. If you look closely, you may see human climbers scaling the hexagonal columns. Climbing the tower has been a popular pursuit since the late 1800s and today 5000-6000 climbers attempt to scale it each year. The first non-natives to reach the top were Willard Ripley and William Rogers who successfully reached the summit in 1893. 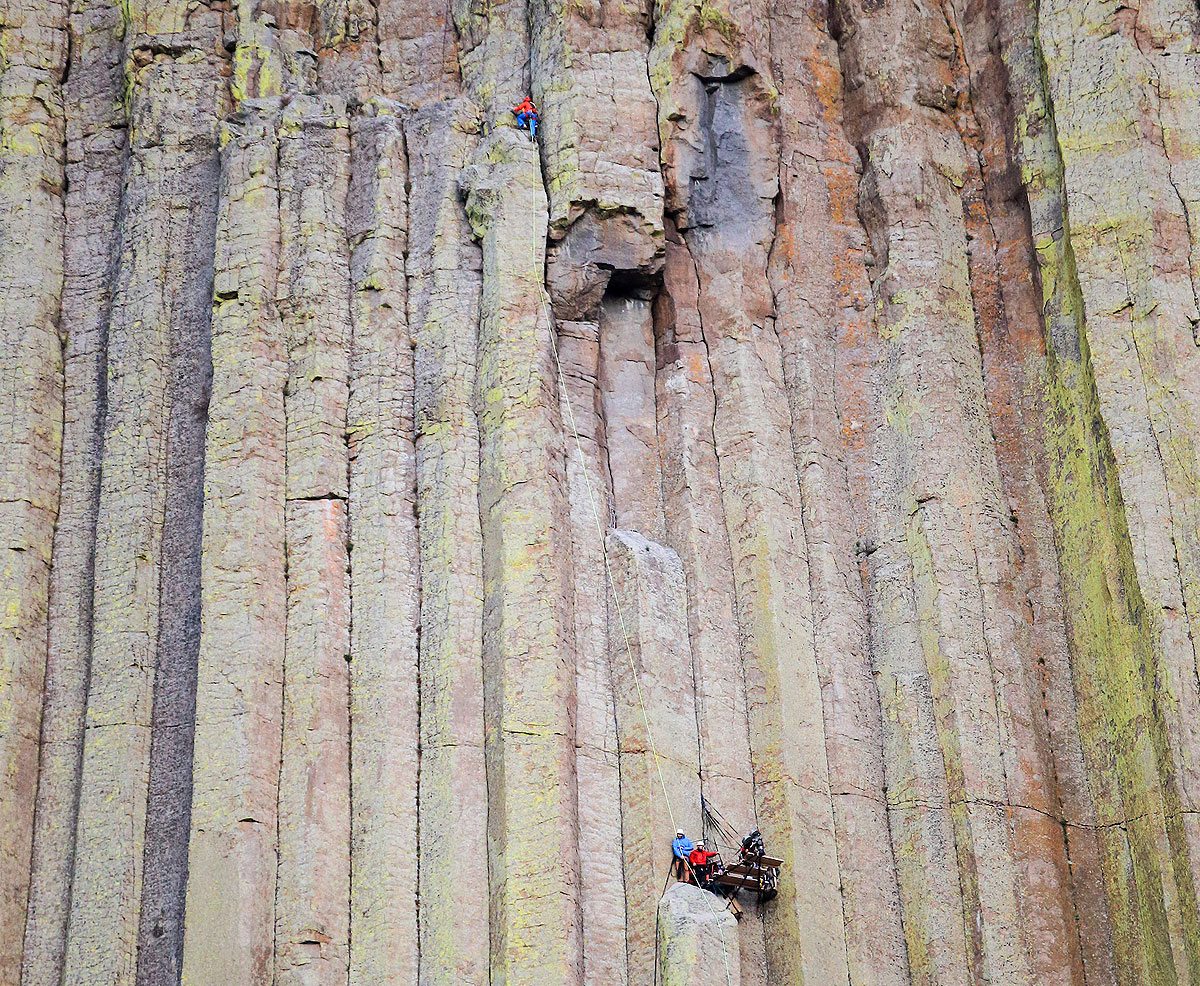 Because of the sacred nature of the site to the native peoples, climbing is now discouraged during the month of June under the National Park Service’s “June Voluntary Climbing Closure”. According to the park service, “The NPS advocates this closure in order to promote understanding and encourage respect for the culture of American Indian tribes who are associated with the Tower”.

Whether for climbing, sightseeing, or sacred purposes, seeing Devils Tower today will surely leave the visitor in awe, just as it has for millennia.

Note: The omission of the apostrophe in the name “Devils Tower” is the result of an error on the original dedication plaque. Even though it should properly be “Devil’s” Tower, the official name still excludes the mark.