Where the Antelope Play 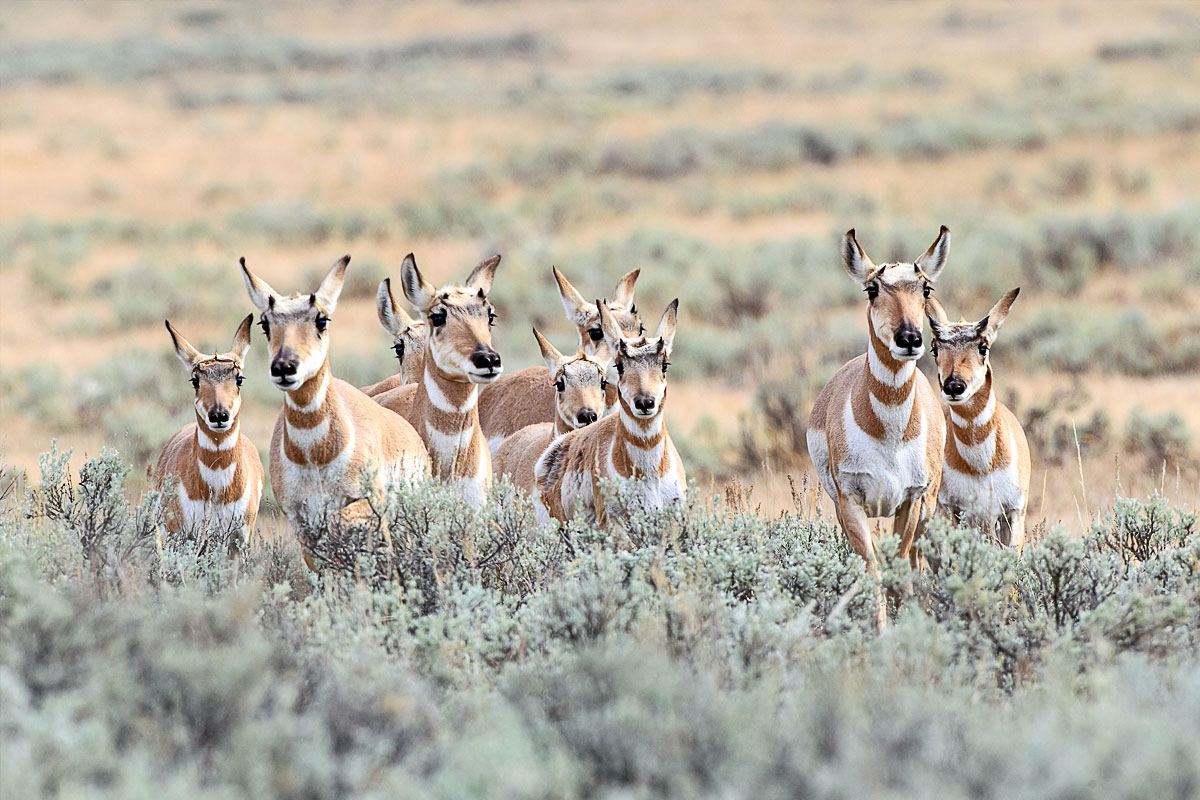 10,000 years ago, on the plains of central North America, a race took place. It was a regular event on the Pleistocene stage. Two animals ran for their lives.

The first would be familiar to any school child, although it has long ceased to exist in the Western Hemisphere. With long, sleek lines, a short, broad face, and a coiled spring for a spine, the long-extinct American Cheetah looked remarkably like its modern-day cousin in Africa.

Once Pronghorns are more than a few weeks old, nothing on this continent can catch them in a footrace.

The second animal, the Pronghorn, still thrives in the high plains and short-grass prairies of the American West, although it may be less familiar to visitors. Many people call them antelope, although they are only slightly related to the other antelope species of the world. They are their own family, Antilocapra americana, and they are most closely related to modern giraffes. Although they have certainly faired better through the millennia than the American cheetah, there was a time not long ago when Pronghorns narrowly averted extirpation. In the early 20th Century it was estimated there were only 13,000 left on the continent from an estimated 35 million at their peak.

The rapid decline was predictable, with over-hunting, competition from livestock, and thousands of miles of new fences being erected across the traditional pronghorn migration paths. Pronghorns and fences are a bad combination since they do not leap like deer and other ungulates. These changes nearly took pronghorns from the landscape forever, but a concerted effort by pioneering conservationist George Bird Grinnell, founding member of both the National Audubon Society and the Boone and Crocket Club, spearheaded efforts to create the Charles Alexander Sheldon Antelope Refuge in northern Nevada. From those critical efforts in the 1920s, the population of Pronghorns has rebounded to nearly 1 million animals. 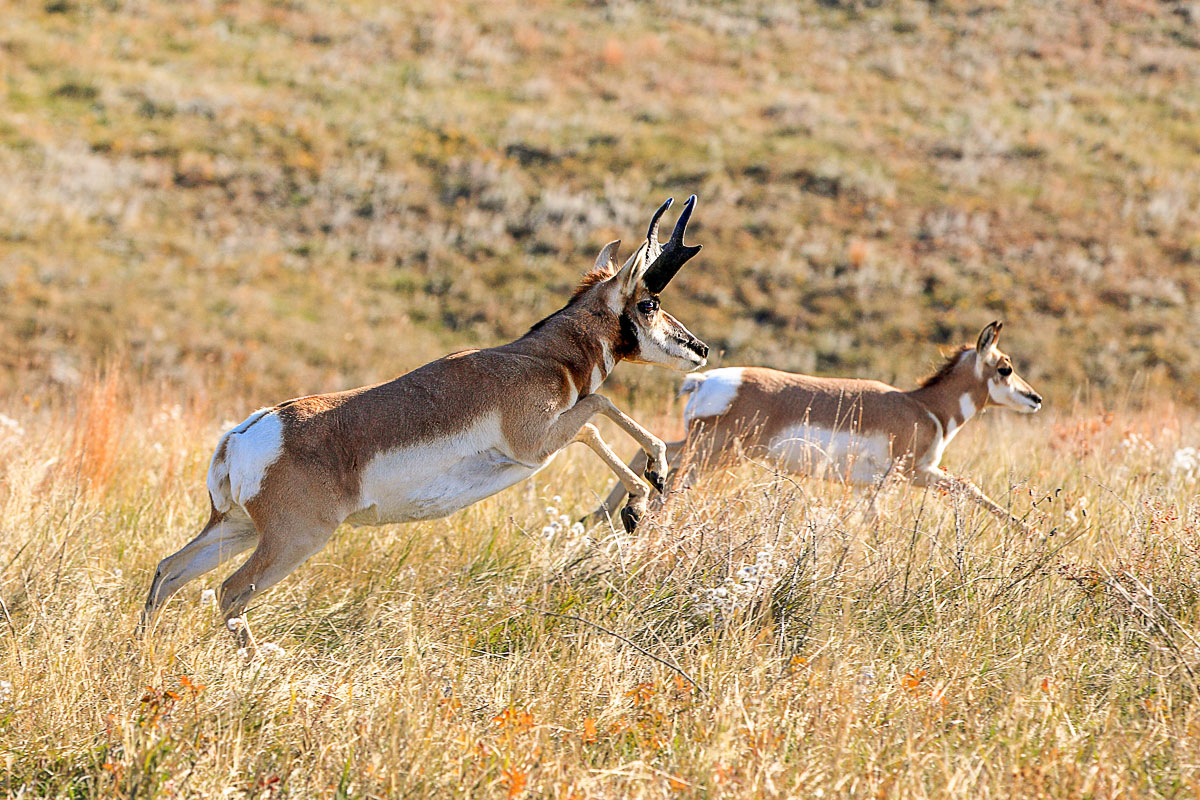 A Buck Pronghorn (antelope) chases a doe in prairie habitat.

Except for the fawning season in late May and early June, Pronghorns are usually found in groups which range from just a few animals, to herds of hundreds during seasonal migrations. Their preferred habitat almost always comes with some sagebrush, and open spaces cater to their incredible vision. 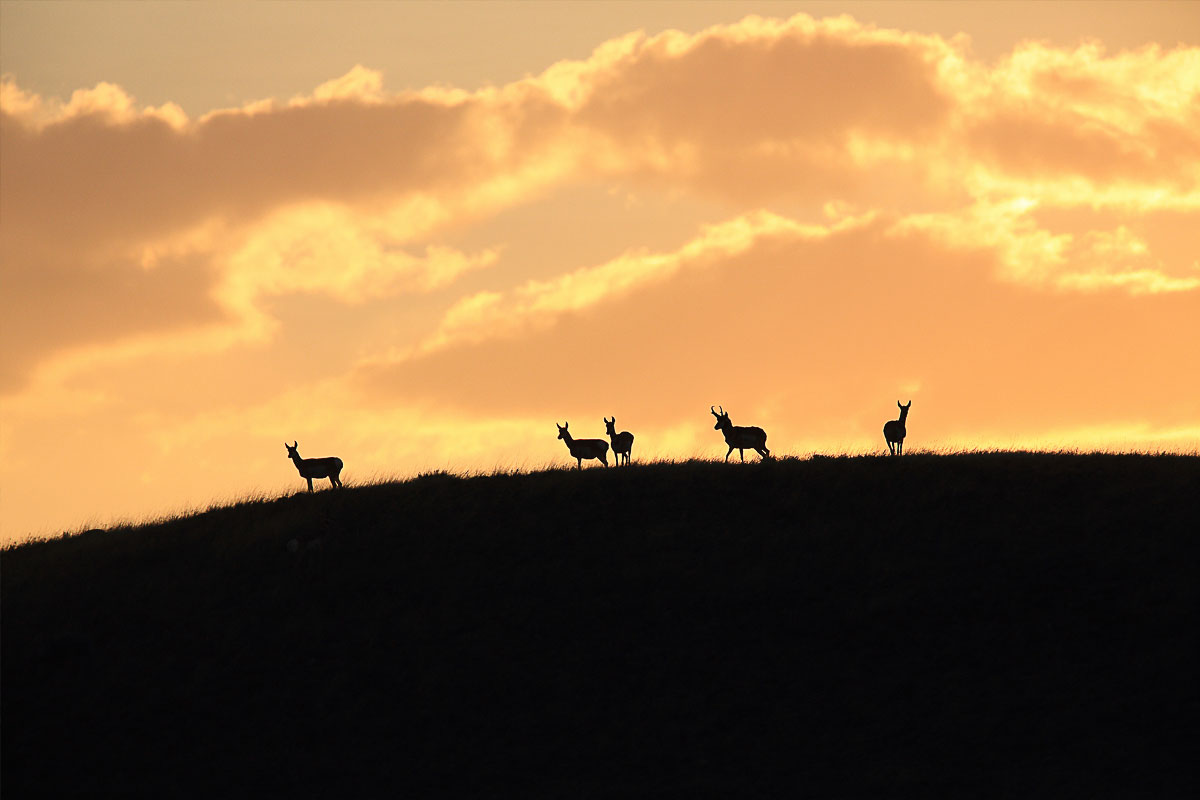 Pronghorn (Antelope) silhouetted against a prairie sunrise in Wyoming.

Clocked running as fast as 60 mph in short bursts, no predator left on the landscape is a real threat to them. The American cheetah was the reason for the pronghorn’s speed, or so the theory goes. Not everyone agrees that new world cheetahs are responsible for the pronghorn’s amazing speed, but it seems likely. Fast predator, fast prey makes a good deal of sense to me. While 60 mph is truly fast, pronghorns can only maintain that velocity for short stretches. Where they really come into their own is at moderate speeds of 34-40 mph. They can maintain that pace for many miles, making them immune to most land-based predators. Golden eagles will occasionally take a fawn, and wolves, coyotes, bobcats and other terrestrial predators will also catch young pronghorns before they develop that blazing speed. Once Pronghorns are more than a few weeks old, nothing on this continent can catch them in a footrace. 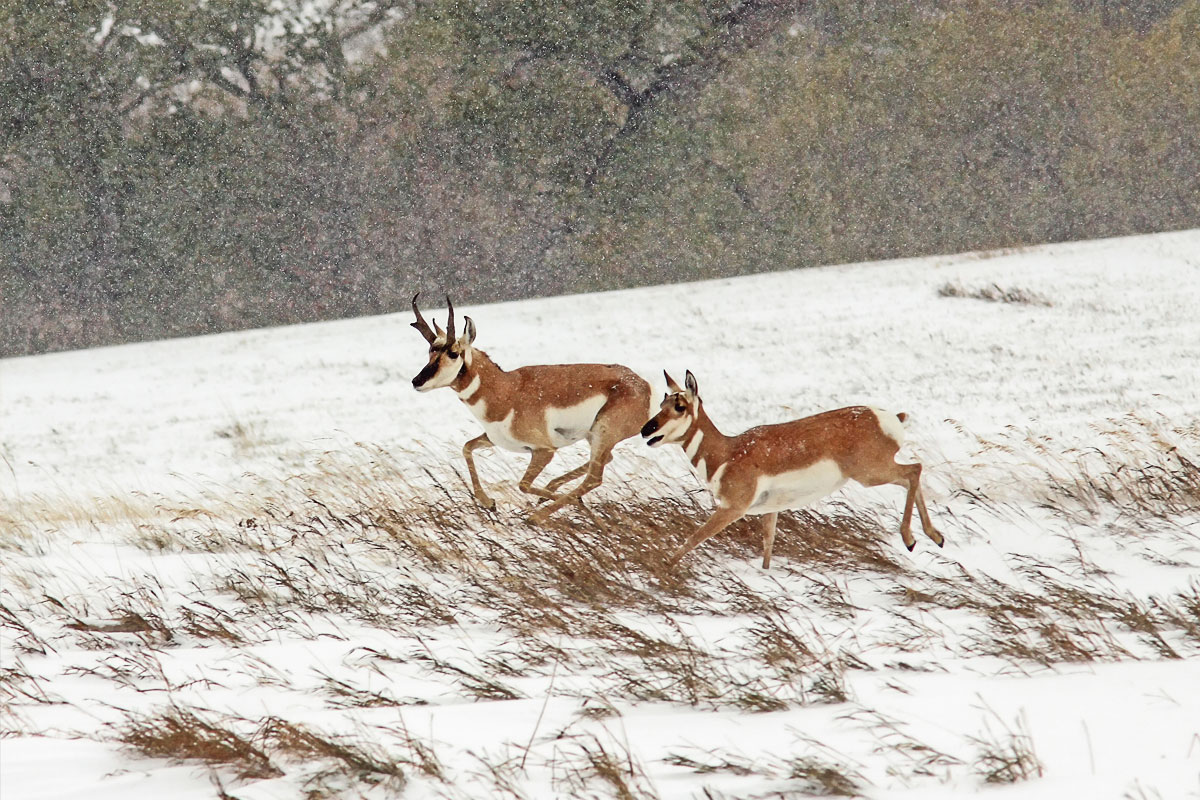 Unlike many other ungulates in North America, Pronghorns have true, if unique, horns, comprised of densely packed hair and keratin, wrapped around a bony core. Pronghorns annually shed the outer portion of the horn, with it’s namesake prong jutting from the front, and they are the only animal in the world with branched horns. Both males and females grow them, however, the male’s horn will be significantly larger, and that trait, along with the distinctive black cheek patch is the best way to identify the sexes in the field. Pronghorns also have a ruff of stiff white hairs on their rumps which they can flare to signal danger.

Pronghorn does and fawns walk across a sagebrush flat in Wyoming.

As the old song goes, “Oh, give me a home where the buffalo roam, and the deer and the antelope play…” No trip to the Western U.S. is complete without a sighting of this iconic and utterly unique example of North American wildlife.