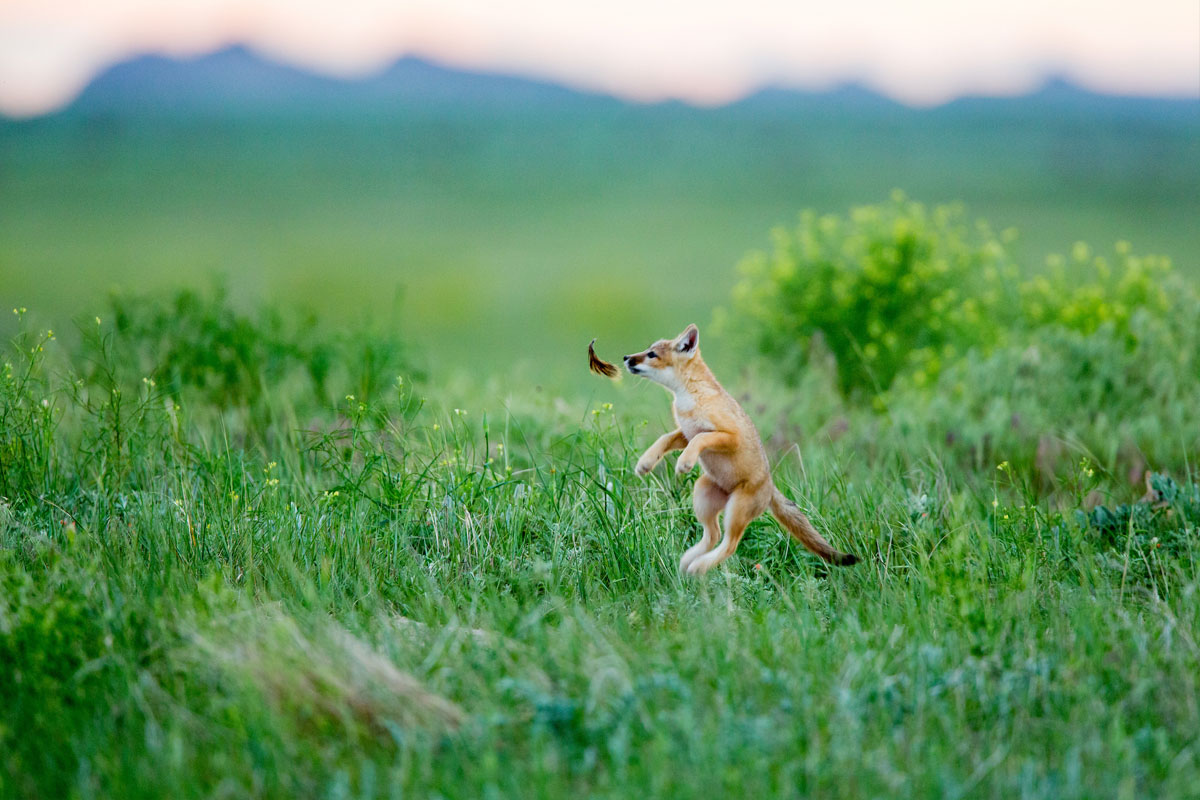 “Delicately formed, exceedingly fleet” the Swift fox was one of 134 new species first noted by the Lewis and Clark expedition during their 2 ½ year journey through the Great Plains and the Pacific Northwest.

On 6 July, 1805, famed American explorer Meriwether Lewis recorded a species new to science in his journal:

There is a remarkable small fox which associate in large communities and burrow in the prairies something like the small wolf but we have not as yet been able to obtain one of them; they are extremely watchful and take refuge in their burrows which are very deep. 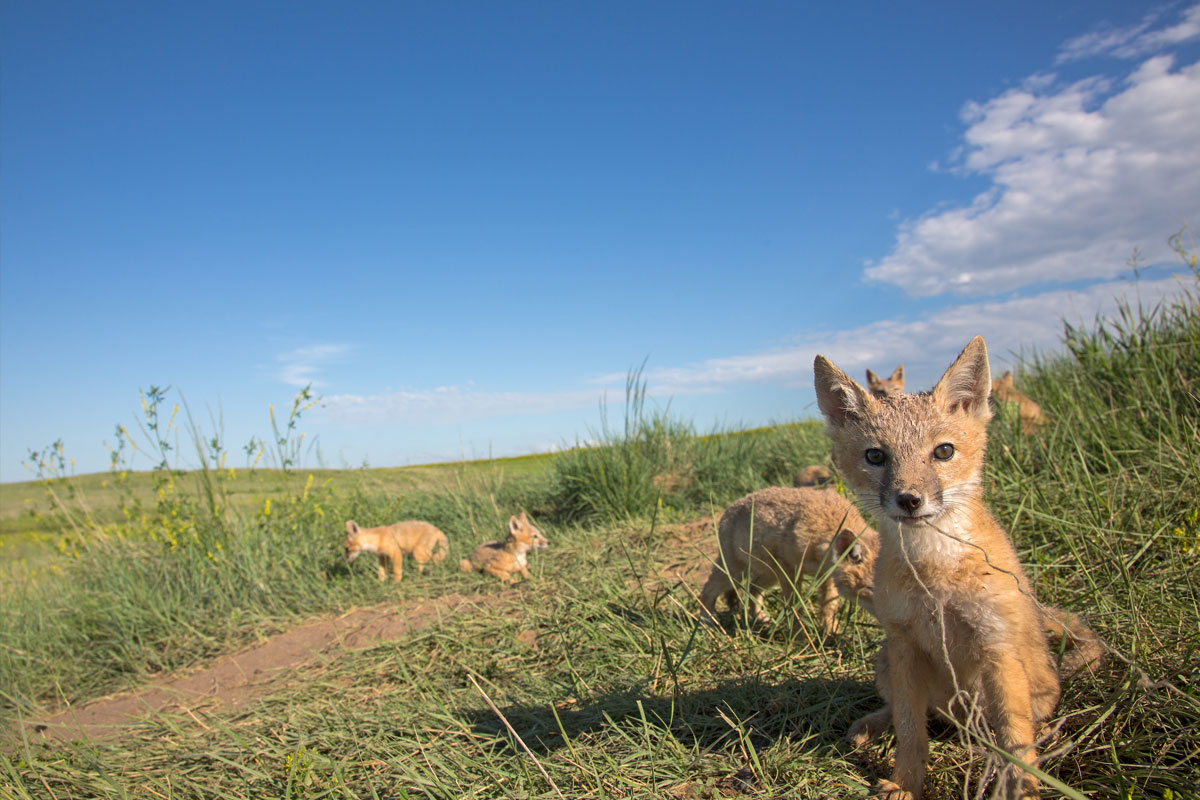 The Swift fox was one of 134 new species first noted by the Lewis and Clark expedition during their 2 ½ year journey through the Great Plains and the Pacific Northwest. The “Corps of Discovery” was living up to its name. Lewis recognized that the Swift fox (Vulpes velox) was unknown and he thoroughly described the animal in several journal entries.

...they are very delicately formed, exceedingly fleet, and not as large as the common domestic cat. Their tallons appear longer than any species of fox I ever saw and seem therefore prepared more amply by nature for the purpose of burrowing. there is sufficient difference for discrimination between it and the kit fox, and to satisfy me perfectly that it is a distinct species. 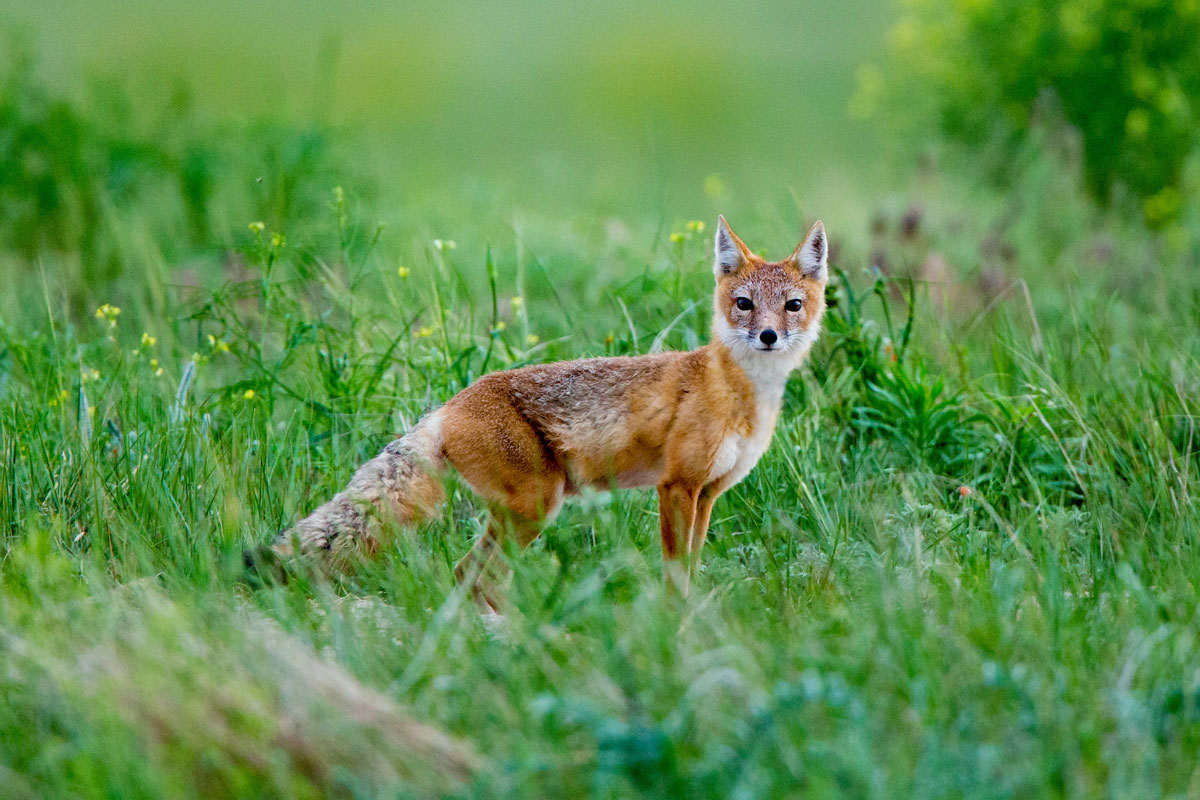 The Swift fox was indeed well adapted to life on the North American prairies. The fastest of all North American canids, they have been documented running at speeds approaching 60 kilometers-per-hour.

American Zoologist Thomas Say, on an expedition to the Rocky Mountains in 1819-20, wrote:

It runs with extraordinary swiftness, so much so, that when at full speed its course has been, by the hunters, compared to the flight of a bird skimming the surface of the earth....

Say’s comparison to a bird in flight is apt. Small and sleek, Swift foxes seem to fly through the prairie grass. They are also well-adapted for living underground and in the dark. With large eyes, spaced widely on their skulls, they have exceptional night and peripheral vision.

They, along with the prairie wolf, were the most commonly seen canids on the vast grasslands throughout the early days of settlement, thriving in the ubiquitous Prairie dog colonies of the American West. But with the settlement of the continent prairie dogs suffered intense persecution. Millions of the keystone rodents were shot, trapped, and poisoned out of existence in order to make way for domestic animals. No threat to ranching, Swift foxes became innocent by-standers caught in the crossfire.

By 1934, Swift foxes were extirpated from all their Canadian range, and by the 1940s they were reduced to fragmented, precarious populations on the American side of the border. While Swifts clung to existence in Kansas, Colorado, New Mexico and Texas, the animals disappeared entirely from the northern states.

Habitat loss due to agriculture is still the most common threat to the Swifts, but climate change too will continue to alter the prairie landscape in a way which makes the native fox’s full recovery uncertain. Watching a den on the windswept prairie leads to only one conclusion – the Great Plains of North America will be a lesser place without them.