It is an early morning start for the team as they arrive for another exciting roebuck hunting adventure. The changeable weather has created ideal conditions for hunting roebucks at sunrise. The plan for the day is to check over the stumbles, as they have been recently harvested and buck like to run the does in the open. Bucks are very active during the rut, so they have a good chance at successfully calling them.

The key here is to keep moving, scanning the field margins for bucks out in their territories.

Heading out into the fields it isn’t long until they spot a buck and doe out feeding. This offers an unexpected chance early on in the outing. Using the dark backdrop to mask the approach and setting the shooting sticks we await the call to draw the buck.

The key here is to keep moving, scanning the field margins for bucks out in their territories. A good keeper puts a great deal of time into reconnaissance and knows where the bucks have established themselves.

They decide to stop from time to time and see if they can call in the dominant buck in the area. 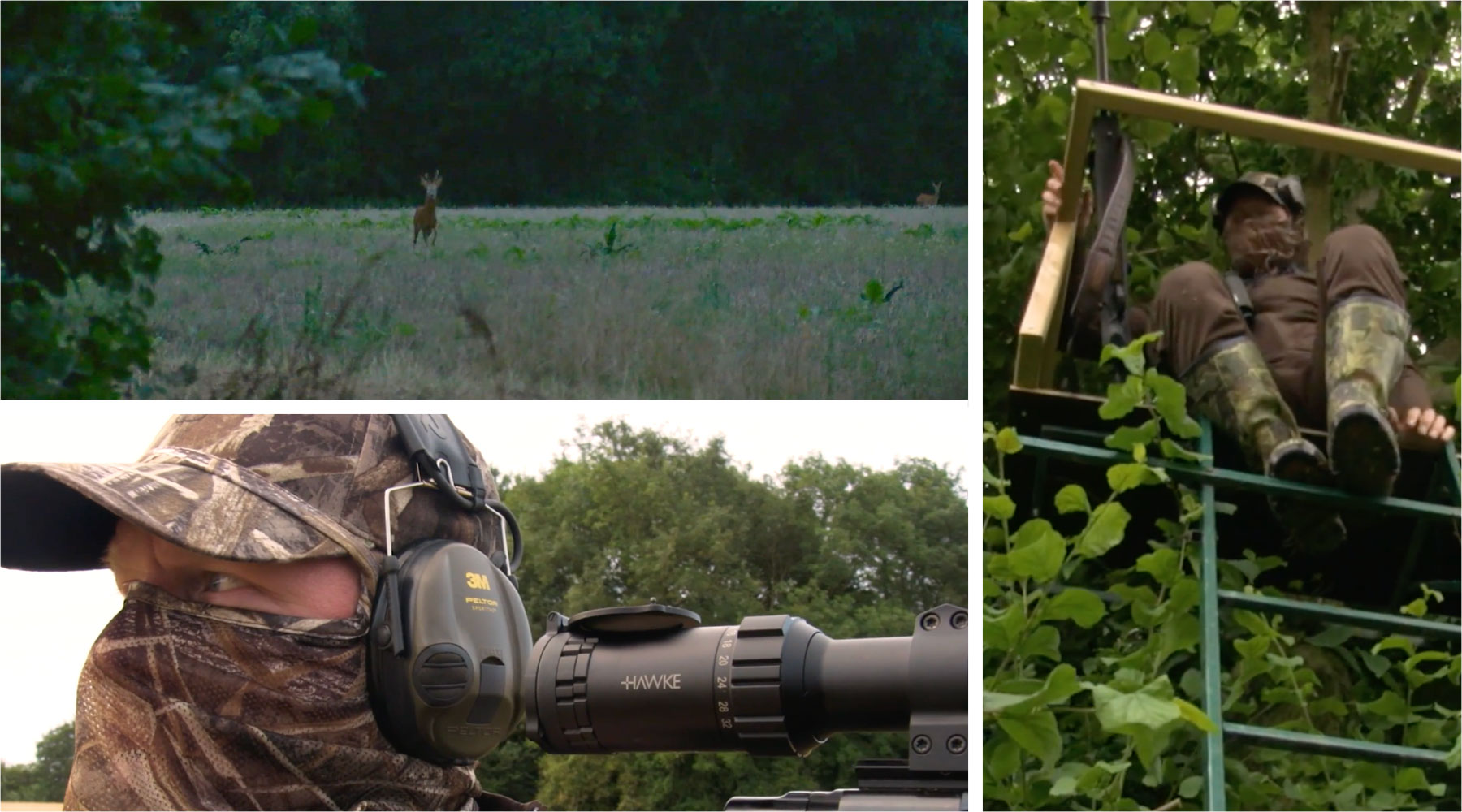 Unfortunately, nothing appears and they reformulate the plan and have a spell in a high seat that has a good viewpoint of the surrounding fields. The bucks aren’t responsive to the calls, so they head out on foot once again.

As they reach the brow of a hill, they spot another buck in the distance below.  However it is not looking likely that they will get the buck. He disappears over the ridge and out of view. But that is roebuck hunting for you.

Not only were the team successful in harvesting a suitable buck, they have had a fantastic time amongst a picturesque location.